When graduate school slowly comes to an end... many are thankful for the end of sleepless nights and writing 40 page business plans for the Capstone course. The last thing on graduate students’ minds is starting a business. For Nicole Lewis, it was just the opposite. In her last few months leading to graduation, a creative and lucrative business idea was born. She completed her MBA and opened a start-up, TURN NYC, a rotating designer boutique that will showcase a unique set of designers monthly. Big things are ahead for LIM College MBA alumna, Nicole Lewis.

For Nicole, moving to NYC and aspiring to start her own business was her vision. Coming from a family of restaurateurs, the entrepreneurial spirit landed her at LIM College Center for Graduate Studies to pursue an MBA degree. In her entry interview with Paul Mucciarone, associate director of graduate admissions, Nicole mentioned “I saw an ad on the subway”, about applying to LIM Grad program. 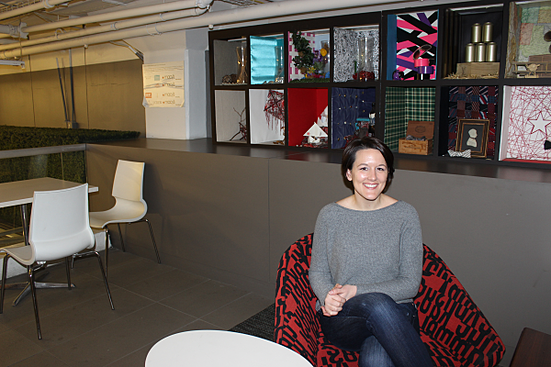 Partially stemming from owning an Etsy account, an online boutique selling handmade handbags, Nicole knew she wanted to open up her own business. At the same time she needed to keep working her forty-hour-per-week job to pay her bills and live in NYC.  Sewing and fashion was on top of her list and coming to LIM College would help her learn the business behind starting a fashion collection. Knowing all the components that go into designing, Nicole felt there was a lack of resources for designers once they have their collections ready. Nicole stated, “People need somewhere to sell their stuff and be spotlighted in a store” and that’s where she came up with the idea of TURN NYC. Being in grad school gave birth to this ingenious idea that will help new designers showcase their collections, create a community of followers and have a drink or two while networking.“I had no plans of going to grad school. It is as if the ad on the train spoke to me. I thought, fashion entrepreneurship is exactly what I should be doing!” Coming in with the creative side, Nicole craved the business side. “People in fashion have one or the other”.

LIM's graduate alumni and students are a double edged sword and Nicole is ready to cut through the business and creative cloths.

“I loved LIM’s free seminars”, Adobe Photoshop to E-commerce Marketing Techniques, they help gear up student’s creative juices. “I would not have guessed a year and a half ago that I would be able to write a forty page business plan”. Business plans seemed daunting to Nicole. She advises current LIM grad students to break it down into pieces. She especially liked the networking opportunities of having industry professionals as mentors, attending events, where professors like David Freschman, CEO of FashInvest, helped students get out there and mingle.  "He threw us in the deep end to swim on our own but at the same time he maintained a safe school environment with my fellow swimmies”. 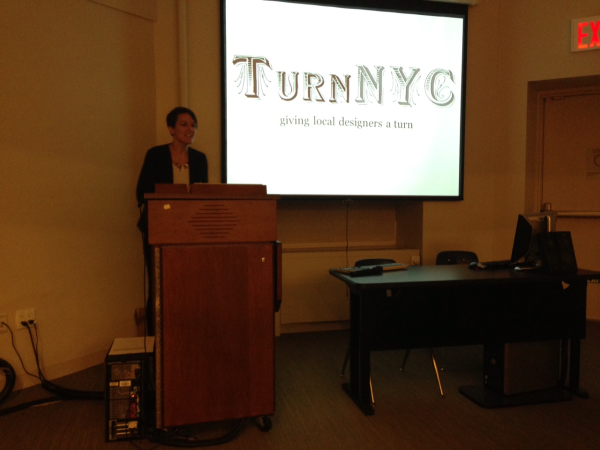 Turn NYC will feature about four to five different designers monthly. Nicole’s “liquid” space, would allow designers to collaborate as little or as much with Nicole to create the ideal layout for their collection. “Negotiating with buyers is scary and a lot of work”, Nicole mentioned. TURN NYC would give a designer the freedom and peace of mind knowing their collection is just as important as other designer collections out there.

Nicole is the ultimate Renaissance woman. She would handle everything from lining up designers ahead of time, partnering with bloggers and sending out press releases for designer launches and events.  At the end of the month, the designer can turn over their merchandise to the TURN NYC website and sell it online. Nicole would like TURN NYC to be located in a shopping destination, but finding an affordable space in NYC is almost impossible. Her vision is to start a pop-up shop, possibly in Williamsburg, giving access to the metro area habitants from all corners of Manhattan, Queens and Brooklyn. In five years, Nicole envisions having a store in New York City and Miami. Having the store would allow Nicole a platform to launch her own designs.

“This is experiential retail!” - Nicole Lewis

Nicole is relying on Kickstarter, a funding platform for creative projects, to raise money for her business. “Kickstarter brings to life the creative and innovative ideas of project creators through the support of a community. Every project creator sets their funding goals and a deadline. If people like the project, they can pledge money to make it happen. If the project succeeds in reaching its funding goal, all backers' credit cards are charged when time expires. If the project falls short, no one is charged. Funding on Kickstarter is all-or-nothing.” (Kickstarter, Inc. , 2014) Nicole’s Kickstarter campaign did not reach its goal, but it didn’t diminish her will to continue to find the money to open up TURN NYC. Nicole is now re-evaluating her funding to start TURN NYC with her own capital while continuing to use Kickstarter.