My day began at 3 a.m. when I traveled south to Washington, D.C. for the 2017 Textile Exchange Conference. I had no idea what to expect, I just knew that it would be impactful. Joined by my fellow companion, Ritika Sharma, we voyaged through cities and towns by train until we arrived to our destination. 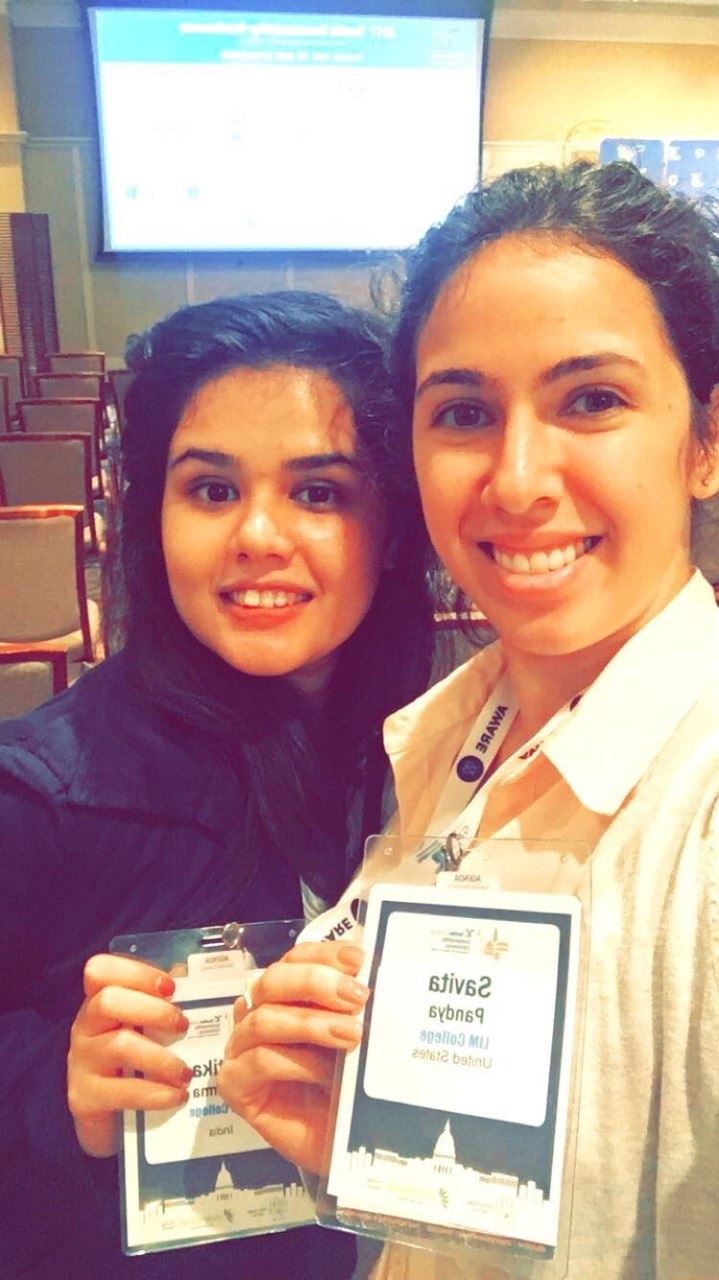 The experience was unforgettable, but the responsibility since has been daunting. My three main takeaways were:

If we don’t get our act together by 2030, we will have reached a point of no return and as far as I’m concerned that is unacceptable. The human race has capably turned the unimaginable into reality time and time again and I don’t see why this is any different. The time to come together is crucial now than it ever was before, it just requires intention. Below are some of the inspiring individuals we heard.

Mina Guli, Founder and CEO of Thirst, has been running for the cause to save water and she is not a runner. In fact, she hates running, but she cares so deeply about the cause that she runs to breed awareness. She ran 40 marathons in 40 days through the 7 continents (yes even Antarctica) because by 2030, the demand for water will be 40% more than the supplies available.

Tobias Mandel, Co-founder of Soil & More International BV, shared how his company is setting up organic soil fertility projects and sustainability assessments for farmers and businesses. The greed of the agriculture industry has capitalized on the commerce of selling inorganic fertilizers that have no value in order to sell more. But farmers that have adapted to organic soils have had crops and plants survive droughts this year because of the retention of last year’s water.

H&M is finally catalyzing change in their fast fashion empire. Helena Helmersson, Global Head of Production for H&M, shared that the company’s sustainability strategy is to close the loop of the textile product life cycle by making it “circular”. H&M is inviting their customers to bring in old worn out clothes to their store so that the materials may be recycled and used to make new clothes. By 2030, the company plans to make all clothing from 100% recycled or organic materials.

As amazing as all these presenters were, my greatest takeaway was that the slightest changes in my behavior could have the most dramatic effects on our world. I am more mindful than before about the issues we heard and I think it is important to keep the conversation going. The future of our world lies in our hands and I am prepared to carry this knowledge with me throughout my career.