How to Avoid Conflict at Work 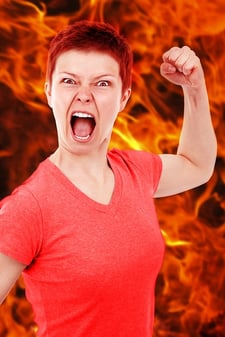 When there are too many utensils on the kitchen sink, there is definitely going to be a clash. So when you’re an employee at any given company, small or big, there is a possibility of conflict.

Also, we human beings are not designed to like everyone around us. So, it is perfectly normal when you do not get along with someone at your workplace.

The only thing you want to keep in mind during situations like these is to avoid conflict at any cost, especially if you’re a new recruit or have not been with the company for longer than the other party in question.

I am overall a very happy, friendly person. But there are some people that I absolutely do not get along well with. I am in a way lucky that I work at a small company where there's just a handful of us in the office, so, chances of conflict are comparatively less as we’re all doing our own thing and not interfering in each other’s jobs. However, that is not always the case. In most offices, workplace conflict is pretty common.

I have a few tips for all those who are in this situation.

1. Remind yourself, “It’s just a job, I have a life outside these walls.”

I have seen people forget that they do have a life outside of their cubicle. Nothing wrong with that.  I am not one to judge. However, for the most part, such people make great employees but terrible co-workers. Do not turn into one of these people! Remind yourself that you still have something to look forward to after you leave work. It could be as simple as meeting friends or treating yourself to an ice cream!

Sometimes it is better to stay quiet than to spend time arguing with a person over a baseless issue. The next time you get into an argument you know is open ended and would eventually get worse, remind yourself that you’re wasting your energy on something very unproductive, and it makes no sense for a person of your caliber to spend even a second on it.

3. Turn off your defense mechanism.

Honestly speaking, I am still working on this one. The moment someone raises a finger on me, I get all defensive. This is good, but usually in the process of defending yourself, you start finding faults in the other person. And, instead of proving yourself right, your focus is to prove the other person wrong. Try not to be negative. Instead, let the person finish what he/she is saying. Stay calm so they see how respectful you are, which may not really be the case but they don’t have to know that. And once they’re done, speak. And speak loud and clear, and act cool, even if you’re not.

4. Ignore, and move on. Know that everybody has a story. They’re probably dealing with something worse back home.

This may be true, or not, but perhaps the behavior of people is caused by the fact that they’re not happy with something in their personal lives. Who really knows. Be the bigger person. Take  critique with open arms and divert your attention to something else. Tomorrow will be a new day. Show them that you are unaffected and undefeated.

5. Ignore, and move on. Not every conversation needs to be two sided.

The last tip is very simple to follow. Just ignore and move on. You do not always have to participate in a conversation you do not wish to be a part of. This works like a charm!