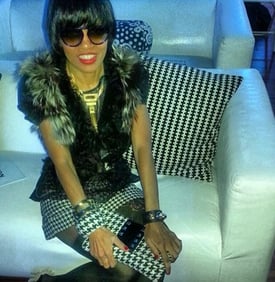 There it was on Linkedin...Her name belonged to one of the most fabulous celebrity stylists whose work I had admired for years and a schoolmate I knew had just connected with her. What I really like about Debra Ginyard was the work she had done for major music stars such as Alicia Keys, Destiny’s Child, and the Braxtons.

Although my goal was to work as a writer/journalist then expand into entrepreneurship, I was passionate about fashion photography. I started my own career as a photo stylist several years back when I discovered that an NFL player, also a former alumnus of mine, owned a clothing line.

I could see he needed a stylist and thought I could handle the job and I convinced him to hire me. That was a start of my first real business which I ran as I worked toward my Baccalaureate in Language and Literature. I had the opportunity to style models from various agencies including Ford and Wilhelmina, well as other talent. 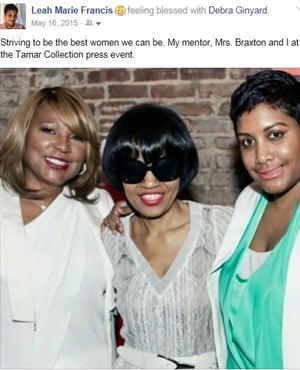 “Should I try to work for another stylist?" I asked myself. "Go for it," my inner voice said.  So I sent a request to be introduced to Debra. Within minutes I had her contact information. After all I was back in school part-time taking graduate level journalism classes and business was slow. I never had planned my styling business to be a lasting entity and this could be a new step to take me where I truly wanted to go. Networking is everything, so I called her and she agreed to meet me.

“Here I go,” I said to myself as I got off the subway. Debra and her crew were conducting an on location shoot for a magazine. I observed for a while and then she asked me to write down the credits for her.

Luckily, I knew how to do this because that was something I had done before on an internship at WWD during my senior year of college. I chuckled to myself at how all my experiences seem to be adding up. Credits just meant explaining which designers the models were wearing and how much it retailed for in a particular shot.

ebra noticed that I had done this before. Afterward she asked if I would like to come to New York Fashion Week with her. She would be bringing a camera crew to record a show which turned out to be for the designer, Milly. After NYFW we went to a few trade shows and she told me that I was good at being her assistant. I would then go on to be her freelance apprentice for the next couple of years.

Over the years she would give me the chance to interview, meet and write articles about famous celebrities and designers. I had made the right decision to close up shop and apprentice. Every opportunity doesn’t come wrapped in a shiny box. I’ve realized it’s all about taking the chances to create them.