Neil Pasricha, the author of The Book of Awesome, once said at a TEDx event, “I love hanging out with 3 year-olds. I love the way they see the world, because they’re seeing the world for the first time.”

As we get older, the novelty of our surroundings soon wears thin, and we become more complacent, and less inspired by our environment. Through travel, and in my case, study abroad, I was able to “embrace [my] inner 3 year-old.” Seeing another country, another culture, for the first time reawakened my senses.

New York City is an inspirational city; from its fashion to its honest and frank civilians. However, after the honeymoon period wore off between New York and I, I started to miss home comforts. Unlike what I previously thought, just because America shares (almost) the same language as Britain, it doesn’t mean that we share the same culture. Having manners and etiquette drilled into me as a child from Granny F, I remember walking around in my first year here almost in a constant state of anger and frustration for everyone else’s obvious lack of manners. I couldn’t handle all the shoving and the shouting in your ear, and even when the subway wasn’t busy, people would STILL stand in front of my face (I’m British, I need my personal space!) 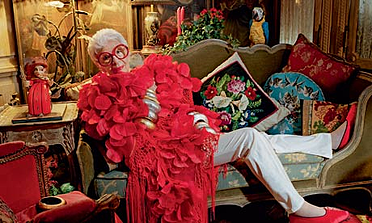 After a tearful conversation with my mother about how I didn’t think New York was for me, she replied, “Listen, when in Rome, do as the Romans do. They say if you can live in New York, you can live anywhere.” Stirring the competitive side in me, I made it my mission to overcome this issue and take it on the chin like a true Brit. 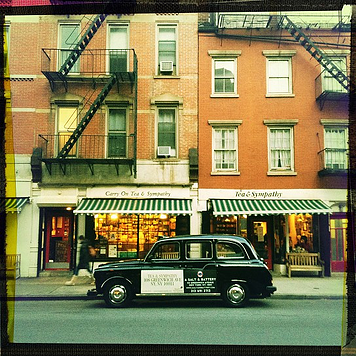 It has been a lot easier now that I am more accustomed to living in a foreign country (and finding out the existence of Tea & Sympathy and Myers of Keswick), and I can now say one of my guilty pleasures, (don’t tell anyone) is telling that guy who bangs into me for the fifteenth time on the subway to “Knock it owff!” (In my head though, I’m still British! Rome wasn’t built in a day!)