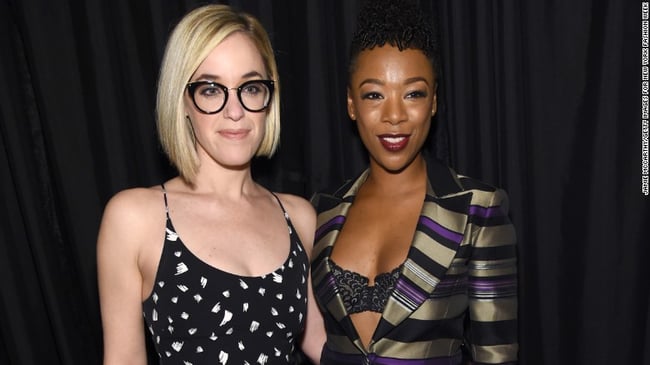 So about last night…

Samira Wiley shared a photo Sunday morning via Instagram with the caption: “#aboutlastnight.” Wiley and long time girlfriend, Lauren Morelli, were married this past Saturday in Palm Springs, California. The two stunning brides wore custom Christian Siriano bridal gowns as they walked down the aisle with the support from both of their families. Fun fact: Wiley’s parents, Christine and Dennis Wiley have been performing same-sex marriages at their traditional, black Baptist church since 2007 in Washington D.C.

The non-traditional, confetti-themed ceremony was officiated by Wiley’s parents and played Montell Jordan’s, “This Is How We Do It” as they descending down the aisle which communicated a hidden meaning.

The two started dating back in 2014, when Morelli was previously married to a man and eventually divorced him after 2 years of marriage. She realized her feelings and attraction for women during the show. She never thought she could be attracted to a woman, yet she saw her whole romance with Wiley play out on screen. “Samira became my outlet,” Morelli told Out magazine in December. “And through that process I fell in love with her. But I thought, This will be the one that got away. Being with her felt too good to be true.”

Congrats to the newly weds! 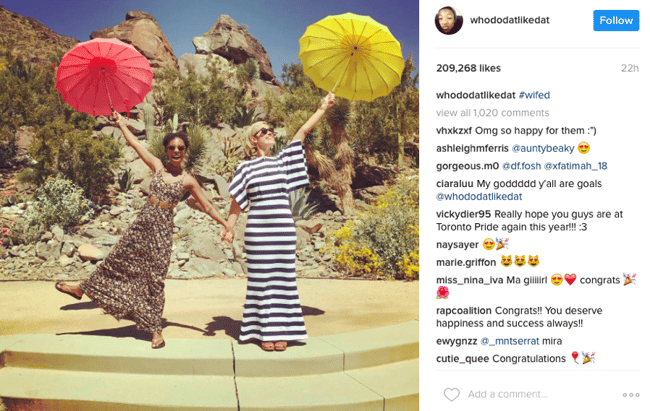 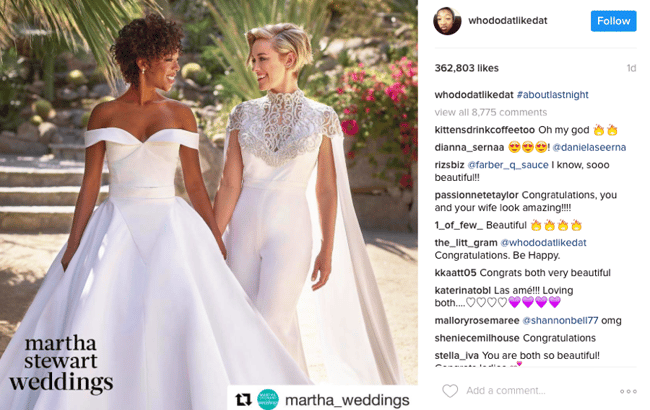