Every Friday, to celebrate Black History Month, the Lex Line staff will be writing about iconic Black figures. 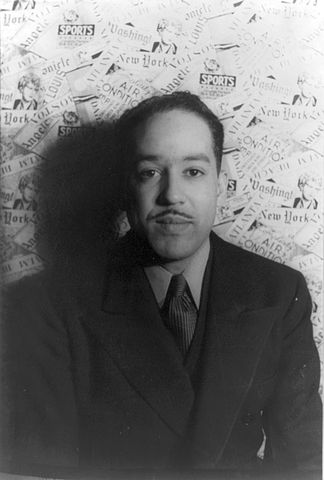 To some, Langston Hughes was one of the most iconic and memorable poets and novelists in America, a writer who captured his audience by reflecting the social climate for African Americans in the early 20th century. Others would regard him as a man who was identifiably charming, powerful and socially active. We can say, however, that Hughes, a leader in the Harlem Renaissance, was incredibly influential and helped affect change with his stories and poems. Some of his most notable work included “The Ways of White Folks,” “Not Without Laughter” and his most well known piece, “Harlem”--or as some would call the short poem, "A Dream Deferred":

What happens to a dream deferred?
Does it dry up
Like a raisin in the sun?
Or fester like a sore--
And then run?
Does it stink like rotten meat?
Or crust and sugar over--
like a syrupy sweet?
Maybe it just sags
like a heavy load.
Or does it explode?

The poem would inspire the title of Lorraine Hansberry's iconic 1959 play, A Raisin in the Sun. Hughes is also notable for being one of the earliest innovators of a new form of art called jazz poetry, which enacts a jazz-like feeling onto a poem. He undeniably built and inspired a whole new American literature.

Originally from University Park, Illinois, Shonda Rhimes is the youngest of six children. Her father was a university administrator, and her mother

was a college professor with two doctorates--and both of them may have served as inspiration to Rhimes when she developed her most popular production, Grey's Anatomy. Rhimes became the first African-American woman to write a Top 10 network series. Before Grey's Anatomy, Scandal, and How to Get Away with Murder, Rhimes' early screenplays included Crossroads,which included Britney Spears and Zoe Saldana, and The Princess Diaries 2, which featured Anne Hathaway and Julie Andrews. Because she increased the representation of more diverse roles, especially for women, people of color, and the LGBTQ Community, Rhimes was honored with the Ally for Equality Award at 2015's Human Rights Campaign Gala. Instead of adding more diversity into television, Shonda Rhimes rephrases with the term "normalizing" it, because these underrepresented characters represent more than half the United States population. 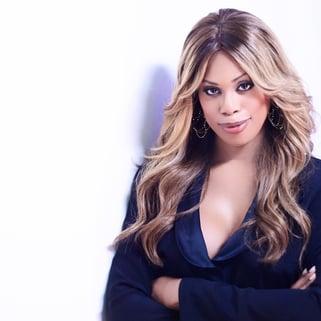 s the first transgender woman of color in a mainstream scripted television show, Laverne Cox is an actress and an activist. Cox is most known for her role as Sophia Burset in the hit Netflix original series Orange is the New Black, which earned her an Emmy nomination in 2014. She continued to make history with awards including a SAG Award for "Outstanding Performance by an Ensemble in a Comedy Series" and a Critic's Choice nomination for "Best Supporting Actress." In addition to her acting accolades, Laverne Cox is a reputable public and motivational speaker that empowers all genders to move beyond expectations and to live a more authentic life. For her activism, he was named one of Glamour's Women of the Year in 2014. Cox is also the first trans woman of color to produce and star in her own show, TRANSForm Me, which airs on VH1. As a transgender woman of color, Laverne Cox is an iconic figure that is giving a voice to trans people of all races all around the globe. 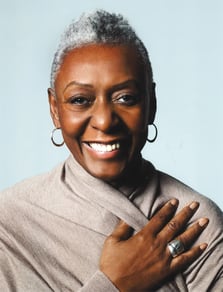 With a long legacy, African-American model Bethann Hardison changed the face of fashion. No doubt she made huge strides in the right direction for the fashion industry, which is still struggling with diversity today. In November 1973, Ms. Hardison became one of the first black models to ever walk in a runway show. The pioneering African-American model made notable memories on the runway. She influenced models such as Naomi Campbell and Tyson Beckford. Without Hardison, they may have never been who they became in the modeling industry. In her recent years, she has become an outspoken advocate for diversity on the runway by writing letters to designers criticizing them for not casting models of color. The activist goes on today with her campaigns to end racism on the catwalk. 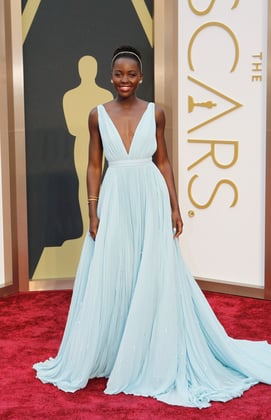 acting career when she was just a teenager. At the age of 26, she wrote, directed, and produced the Kenyan documentary In My Genes, promoting awareness of albinism in a predominantly black society. She went on to direct and star in the MTV-Unicef backed series Shuga, which observed sexual relationships among teens in Nairobi, aiming to advocate HIV awareness and safe sex. A few weeks before earning her master’s degree from the Yale School of Drama in 2012, Nyong’o landed the role of Patsey in 12 Years a Slave. She won the 2014 Academy Award for Best Supporting Actress for her outstanding performance in the film. Nyong’o has also become a fashion icon, gracing the red carpet with her majestic looks and landing the cover of Vogue two years in a row. 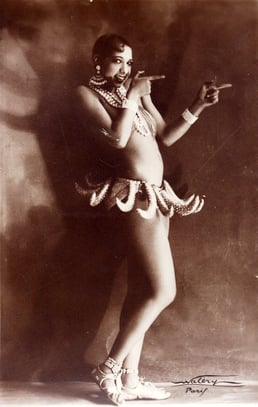 Who slayed before Beyonce?... Josephine Baker. This American-born French entertainer was an iconic African-American fashion influencer. Reminiscing about her days in France, former Vogue editor Diana Vreeland once said that when Baker was performing, it was like "she was only one on the stage." During the Art Deco days, Baker sailed to Paris and rose to fame. As a cabaret dancer, she showed off her wild side with her infamous banana skirt, marcel curl, and an overdose of gold neck chains. Upon her success, Baker took her pet cheetah, Chiquita, back to the United States to fight racism. She fought for civil rights alongside Martin Luther King Jr. and was one of the many memorable speakers in Washington D.C. She even adopted 12 children of various races and called them the “Rainbow Tribe” in efforts to demonstrate that people of all races can pleasantly live under the same roof. Josephine Baker was a strong woman who stood up for what she believed in. For years to come, Baker will be remembered as a fashion icon, civil rights heroine, and an inspiration to all.