Every Friday during February, to celebrate Black History Month, the Lex Line staff will be writing about iconic Black figures.

Also known as Nas, the legendary musician is frequently labeled the greatest rapper of all time. Nas grew up in the Queensbridge housing projects and dropped out of sch 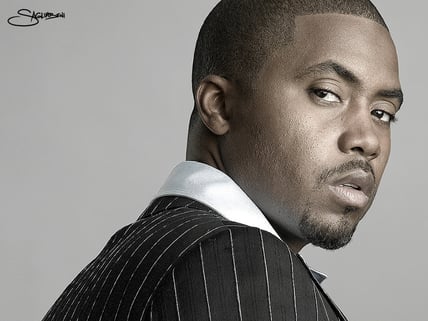 ool in the eighth grade—despite his strong interest in writing. While Nas spent most of his time on the infamous streets of Queensbridge, he was also dedicated to improving his own literacy. Life in the projects, combined with a desire to address social issues, allowed Nas to forge imagery and rhetoric that was atypical on the rap scene. Nas criticized the violence typically celebrated in rap which characterized his rhymes forever. In 1991, Nas connected with hip-hop group Main Source and was featured in “Live at the Barbeque” which earned him attention within the East Coast rap scene. Nas then wrote “Halftime” for the movie Zebrahead and was thereafter contacted by Columbia records for a record deal. Nas continued to encounter success and boasts six number one albums on the Billboard 200. Despite his success within the music industry, Nas also boasts accomplishment in other fields. Nas is the first rapper to ever receive the W.E.B DuBois Medal from Harvard University. Nas has also invested in his own record label and investment firm which funds scholarships for high school and college students. Additionally, Nas has invested in Mass Appeal Magazine, HSTRY, LANDR, and Sweet Chick.

Too often a radical group is only seen for its crimes or it’s disruption of the normal social order rather than the cause that they strongly stand for as well as the leaders from within who rise up and actually change their community for the better. Such was and still is the case with the Black Panther Party. 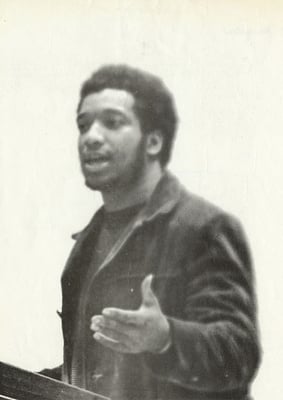 Fred Hampton was a prominent leader of the Black Panther Party who actually made a change for the better. He was born in Chicago, Illinois on August 30, 1948 and as student excelled in mathematics and athletics, graduating with honors in 1966. In college he was pre-law at Triton Junior College and joined the civil rights movement by becoming a member of the National Association for the Advancement of Colored People (NAACP). He soon worked his way up to become the Youth Council President of the NAACP, but then started the Illinois chapter of the Black Panther’s in 1968. During his time as deputy chairman of the chapter, Hampton negotiated a peace pact between the most powerful street gangs of Chicago, calling them his “rainbow coalition”. He also organized educational and free-breakfast programs for schoolchildren, and established free health clinics and recreational programs for poor African Americans. Hampton was persuasive and articulate with a restrained demeanor, and so was thought of as a talented leader by most everyone that he met. Unfortunately, his rise in leadership made him a target of the FBI, which led to his murder on December 4, 1969 while he was asleep at the Black Panther headquarters. He was only 21.

In the words of Fred Hampton, “You can kill a revolutionary, but you can never kill the revolution.” 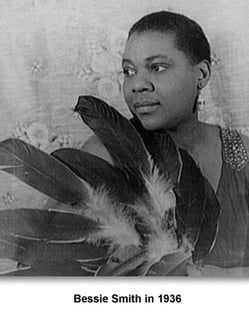 Bessie Smith was born on April 16, 1894 in Chattanooga, Tennessee. She was signed to Columbia Records in 1923 and soon became the highest paid African American blues singer. She rose to stardom with her hit song, “Downhearted.” In the same year she met and married her first husband Jack Gee. Smith had a short run because of the Great Depression and developing financial woes leading to the suffering of her career. Over the next few years, Smith continued to perform and ended her marriage with Jack Gee. In 1937, Bessie and her lover of many years, Richard Morgan, were on their way to Mississippi to perform when Morgan side-swiped a car and lost control. Smith died soon after because of the injuries sustained. Smith’s music has inspired a lot of the soul divas of our time, such as Aretha Franklin and Billie Holiday. She was influential of her time but underrated of all time.

Holiday--born Eleanora Fagan in 1915--moved from Philadelphia to Baltimore as a child. Eventually, she and her mother ended up in Harlem, where her jazz career ultimately took off. After being released from prison at the age of 14 for prostitution, Holiday landed some gigs at Harlem night clubs. Merging the name of her favorite actress of the time, Billie Dove, with her assumed father, Clarence Holiday, the name Billie Holiday was formed. 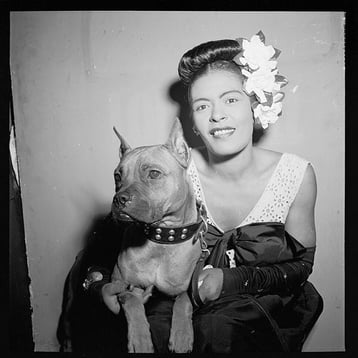 At the age of 17, she met music producer John Hammond who supported the young singer and helped her debut “Your Mother’s Son-in-Law” and “Riffin’ the Scotch” the next year. Holiday, who would eventually coin the nickname “Lady Day,” sang countless songs and made music around the city of New York. One of the most controversial songs Holiday ever performed was “Strange Fruit,” a song based on a poem about lynching that was written by Jewish, Bronx-based school teacher Abel Meeropol. The song hit close to home for Holiday as the words and imagery reminded her of her own father’s death. Eventually, the song was picked up by Commodore Records who released the song in April of 1939. As controversial as the song had been, not to mention how personal it was to Lady Day, the jazz ballad became a classic.

Throughout her singing career, Holiday sold out Carnegie Hall in 1948 and had the song “Crazy He Calls Me” inducted into the Grammy Hall of Fame in 1949.