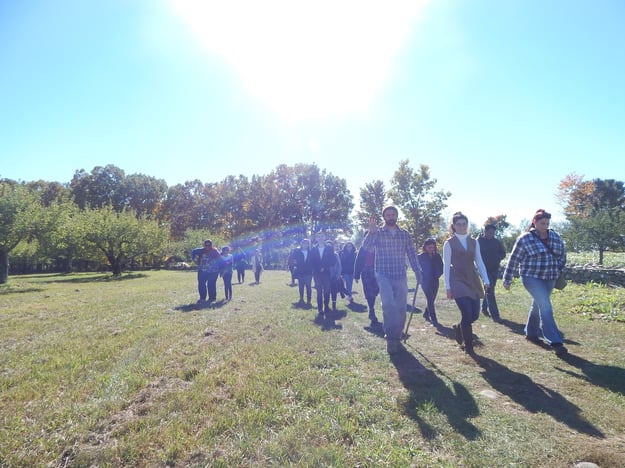 LIM College’s CSR and Global Students clubs sponsored a cultural trip to the Westwind Orchard and Bharatiya Mandir last Monday. When we arrived, we were greeted with  delicious organic pizza. The owner, Fabio, then gave us a tour of the vast farm. He discussed the hard work that goes into maintaining a fully organic farm consisting of apple, pumpkin, and raspberry fields.The owner also showed us his chickens, bees, and (the most adorable) Italian pigs.

You could hear the passion in his voice when he spoke about his farm, and it led you to believe this was his entire life. At the end of the tour, Fabio threw in a twist and told us that he was a fashion photographer for 20 years. Only LIM College students would take a field trip to a farm with an Italian fashion photographer as our tour guide!Our next stop was the temple to celebrate Navratri, a Hindu holiday in tribute to the three Hindu goddesses Durga, Lakshmi and Saraswathi. There, we were given authentic Garbha dance lessons. Six steps is a lot harder than you think! Navami and the Hindu culture is all very new to me, which made this an eye-opening experience. Everyone in the temple was so welcoming and generous, making the end of the trip one to remember.