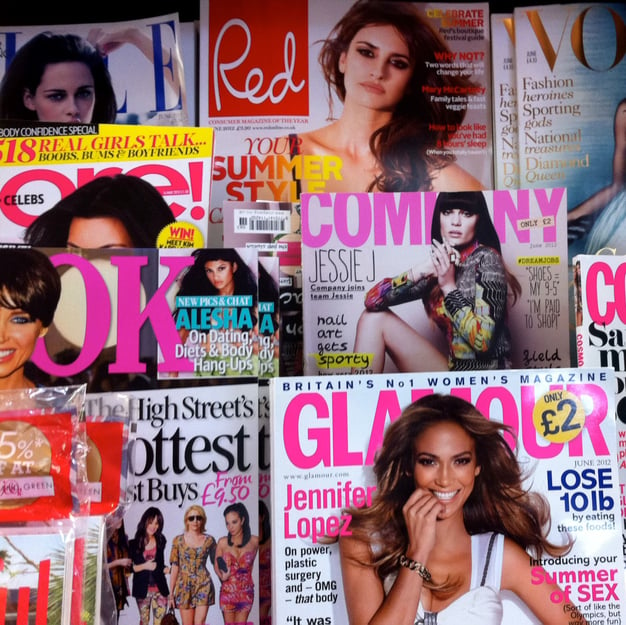 According to Michael J. Wolf, founder and chief technology officer of strategy consulting firm Activate, “the average American now spends more time on digital media and technology than work or sleep.” What does that mean for print publications? Print advertising seems to be the only thing generating many large publishers, and newsstand sales and magazine circulations are declining. Some major fashion publications are going through substantial changes, most likely due to new media consumption habits. More and more people are choosing to get their news on their mobile devices via Twitter, Facebook, Snapchat Discovery and other platforms.

Within one week, editors in chief of many major fashion publications have stepped down. Vanity Fair’s Graydon Carter, Elle’s Roberta “Robbie” Myers, and Glamour’s Cindi Leive all resigned from their positions.

Graydon Carter has served as editor in chief of Vanity Fair for more than two and a half decades. During his time, Vanity Fair was the first to break major news and iconic images such as Caitlyn Jenner’s first public photographs. During an interview, Graydon Carter said, “I want to leave while the magazine is on top.”

Roberta “Robbie” Myers, who was known for her “crisp journalism and cutting-edge fashion photography,” is leaving Elle after 17 years. Under her reign, Elle published and created more pages than any other fashion publication and was also the first to launch a website back in 1999.

Glamour’s editor in chief, Cindi Leive, is stepping down after 16 years. Leive made her announcement to the public with an exclusive interview in The New York Times. This interview showed her appreciation and love for her “Glam fam” and her personality. Although she doesn’t tell us what she’s going to do next, she says she resigned because she “felt like [she has] been given this gift of so much more life, and [she] wanted to do something with it.”

This inevitable upward trend of editors’ resignations will have a huge effect on how these companies will run, especially with company re-organizations. Although no replacements have been announced thus far, hopefully these new editors will be able to grow print circulations or maybe expand towards digital and new media.

Unlike any other major publication, Vogue has a strong brand presence. This made its shift to digital media less difficult. With their mobile app, subscribers can view digital issues monthly on every single platform and receive real-time notifications. They also utilize YouTube with over 1 million subscribers on exclusive footage of celebrities, Met Gala insiders, and beauty secrets. Vogue has also been successful with their '73 Questions Answered by Your Favorite Celebs’ interviews.

Other heritage magazines, like Vanity Fair and Harper’s Bazaar, must shift their focus to digital media in order to compete with Vice, BuzzFeed, Vox, and Refinery29: digital media leaders.