Flatbush ZOMBiES and the Rise of Beast Coast

If you live in New York City in 2014 and you aren’t the least familiar with the Beast Coast movement in hip-hop, you are seriously missing out.

This gigantic family of rappers is composed up multiple acts that all bring something different to the stage, literally and figuratively. The Underachievers, Flatbush ZOMBiES, A$ap Mob, Pro Era, World’s Fair, Tan Boys, and rapper Smoke Dza are all a part of this new movement in music. The Web site "If You Don't Know, Now Your Know" gives a little more context:

Many of the rappers within the Beast Coast Movement operate as collectives. Two or more people within a group that consists of in-house producers all the way to in-house photographers. The collective format isn’t completely unfamiliar within Hip Hop. Collectives have ranged from Wu-Tang Clan to Odd Future.

Still, it is very rare that so many different talents can come out at the same time and all make a mark. The rappers constituting Beast Coast, which broke out as a collective in 2012, have all managed to stay on track and unified while still remaining true to their sound, which can be difficult for any artist trying to achieve success.

Though every Beast Coast group is slowly making its way out of the underground, Flatbush ZOMBiES and The Underachievers seem to be very comfortable there. After about three years of being in the industry, they’ve still managed to stay independent while making money and building a cult-like following.

Flatbush ZOMBiES are a trio that consider themselves dead and identify as zombies. The group consists of the rappers Jewice and Meechy Darko and producer Erick Arc Elliot. They first burst on the scene with their smash hit "Thug Waffle," which was produced by their very own Erick. This was soon followed by their mixtape D.R.U.G.S., which hosted many other catchy, provocative and amazingly produced tracks such as “Mary, Nothing Above Thee” and "S.C.O.S.A." LiveForTheFunk.com notes that “Although the sex and drug talk is heavy, anyone who writes Flatbush Zombies off as another 'stoner rap' act is gravely mistaken. The mixtape is intimate and it’s carefully crafted with sultry sixteens and is scarce on hooks.”

Though this project never earned them a spot on the XXL Freshman List that every up-and-coming rapper covets, they still managed to receive tons of reviews that praised the new movement they were leading, which created hype for their most anticipated album, Better Off Dead, released in the early Fall of 2013. This sophomore mixtape was by far their best and possibly “one of the greatest mixtapes ever,” according to one of their loyal fans on Twitter. 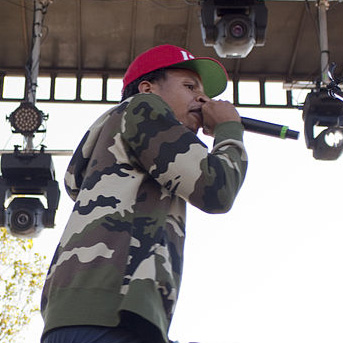 The fan wasn't far off. Tracks like “Amerikkkan Pie” proved that they were more than just a trio of misfits from Brooklyn; they were looking to open the minds of the listeners with lines like, “I am redesigning the minds of the masses that fear a black man with tattoos and bandanas/ but when a white man wears tattoos and bandanas and joins a bike gang its cool with the fellas” and “If they could they would still hang/ trust me dog it’s the Amerikkkan way.”

A review on this recent tape from Consequences Of Sound said “Their demented approach to the rap game puts them in a category all their own, and they continue to distance themselves from traditional sounds here, making sure that we know there’s still a chance they aren’t human.”

Flatbush ZOMBiES have teamed up with their Beast Coast colleagues The Underachievers to form a super group called Clockwork Indigo. They plan to begin touring in fall 2014 and haven’t released any new music to the public yet,but expectations are high. Look out for Flatbush ZOMBiES, and don’t be put off by their somewhat scary appearance or vulgar lyrics, especially if you’re into hip-hop, because they are definitely out to make history--and Meech just might end up being one the greatest.