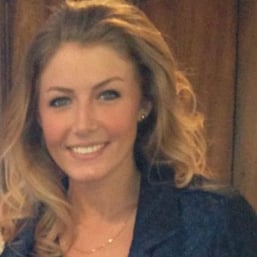 Women make up to 63 percent of public relations “specialists” and 59 percent of all public relations managers. Fashion PR is a highly competitive industry to get into but graduating from LIM College can prepare you for the industry. At the age of 24, she’s gone from working at Brogan Tennyson Group, to an account executive at BPCM, and eventually made her way up as a PR coordinator for Shinola. Kelsey Hogan, an LIM Alumna from the class of 2014, graduated with a Bachelor of Business Administration in Fashion Merchandising, and is now working hard attending meetings throughout her day. As a Jersey girl at heart, nothing stops her from the daily hour-long commutes. Attending LIM gave Kelsey an amazing experience and she can only go up from here. According to The Atlantic (2014).


Kelsey first got her foot through the door by attending LIM’s Summer Fashion Lab program during her high school career. LIM College’s Summer Fashion Lab is a comprehensive pre-college program that offers high school and college students the opportunity to study fashion at a college level. After attending, she realized that “[LIM College] is it. The only school I applied to,” she says. She knew that LIM College was the school for her and took advantage of it by taking many marketing courses and even attended the Cross-Cultural Analysis program for the Winter 2014 session in Paris and Amsterdam. It was one of her favorite memories attending LIM (aside from Professor Hallay’s classes). Studying abroad allowed her to “see how the other life lives,” she says. It was a chance to meet new people, visit museums, and see how other people live in different parts of the world. She believes that the Cross-Cultural Analysis program is a way to see as much of the world as you can.


LIM College also requires students to participate in an internship each year. The first internship requires the student to work in a retail environment, and the second  in a corporate setting. Kelsey did her corporate internship at Brogan Tennyson Group located in Dayton, New Jersey. Brogan Tennyson Group is an advertisement agency that developed branding ideas and media strategies for clients such as Cole Haan and Neiman Marcus to Mall of America and The Mall at Short Hills. Kelsey found so much success interning at Brogan Tennyson Group that she was even offered a part-time position while attending LIM. From sophomore to senior year, she worked from eight in the morning to twelve in the afternoon to then catch the train to New York to attend classes for the rest of the day.

It wasn’t until Kelsey’s senior year that LIM told her to work at another place for her senior Co-Op. On the search for a new place to work for her last internship, Kelsey seeked out her career advisor. “I was crying in her office”, she says. It was at that moment she applied to BPCM, and had her senior co-op! This then led to her career as an Associate Account Executive in the Menswear department after graduating. BPCM is a PR agency and has a showroom with clients such as Brock Collection and Belstaff to Diptyque and Maybelline. 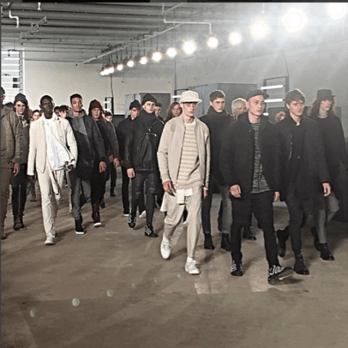 After working at BPCM for two years, she moved to Shinola, an American luxury lifestyle brand which specializes in watches, bicycles, and leather goods. As a PR Coordinator now working in-house, her work environment feels structured with an outline of responsibilities. “The company is expanding so rapidly, I kind of want to be a part of that”, she says. Within five years, Kelsey sees herself staying at Shinola and moving up within her department. She has accomplished her goals through her internships which allowed her to have a marketing mindset. For those who are aspiring to work within the fashion PR industry, starting in an agency will prepare you for the best and the worst. It allowed Kelsey to enter Shinola with an easy transition by being prepared, or as she would say, “seasoned.” After meeting up with Kelsey Hogan after one year of interning for her, she’s at a good place in her life and career. The hard-working, determined, and fun Jersey girl will soon move to Brooklyn with the company of her cute and tiny kitten, Gigi. One piece of advice she would give to all LIM students is “don’t be closed minded to opportunities that come your way.”