The reality television personality and model Kylie Jenner has grown into a teen beauty queen. Over the past few years, her beauty evolution has turned heads and received a lot of media attention and speculation. From her lip challenge (do not attempt) to her many different beauty tips, I have decided to try her routine to see what the buzz is all about. 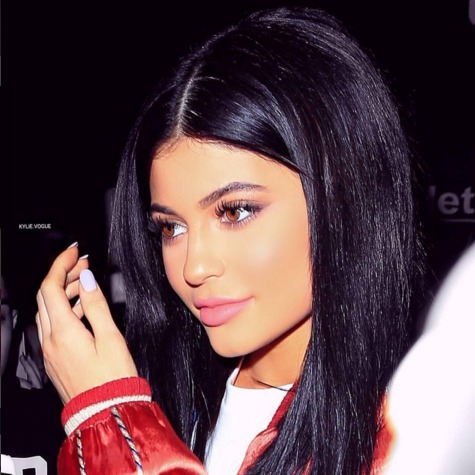 I am a 21-year old who just started wearing makeup after an embarrassing experience at my internship. In the fashion industry, accessories, apparel and makeup go hand in hand. At times, if you don’t have your face made up at certain events, you may get side-eyed. Up until my embarrassing experience at my internship (which involved a hidden camera in the lobby and Harry Potter), I thought my hair would distract from my makeup-free face. I was wrong. It was not just my experience either. In September at New York Fashion week, a social experiment of not wearing makeup was conducted. Many women choose to cover up; "you're so brave to go this natural" was one of the responses Marie Southard Ospina got from women around her that saw she had no makeup on.

After watching a video from Teen Vogue highlighting Kylie Jenner’s eleven-step beauty routine for her 18th birthday celebration, I wanted to see if her “classic” beauty routine contains just as many steps. Both routines are on the new app Kylie and its website. Getting the app or creating an account is one thing. You have to sign up for a "free seven days"; after the seventh day, a $2.99 charge will be made to your iTunes account once a month.

The routine I attempted to recreate is titled the ‘Classic Kylie’ Look. This look is one that she used to do a few years back. She describes the look as “natural.” There are more steps in this routine than the routine covered on Teen Vogue’s website. After studying the video, I was able to highlight not eleven but sixteen steps in this routine. I was very surprised to find a routine that would be described as “natural” with more than five steps. My normal beauty routine consists of penciling in my eyebrows, applying foundation and putting on lipstick. Three simple steps.

The steps for the ‘Classic Kylie’ look are below with the products Kylie used as well as my substitutions. 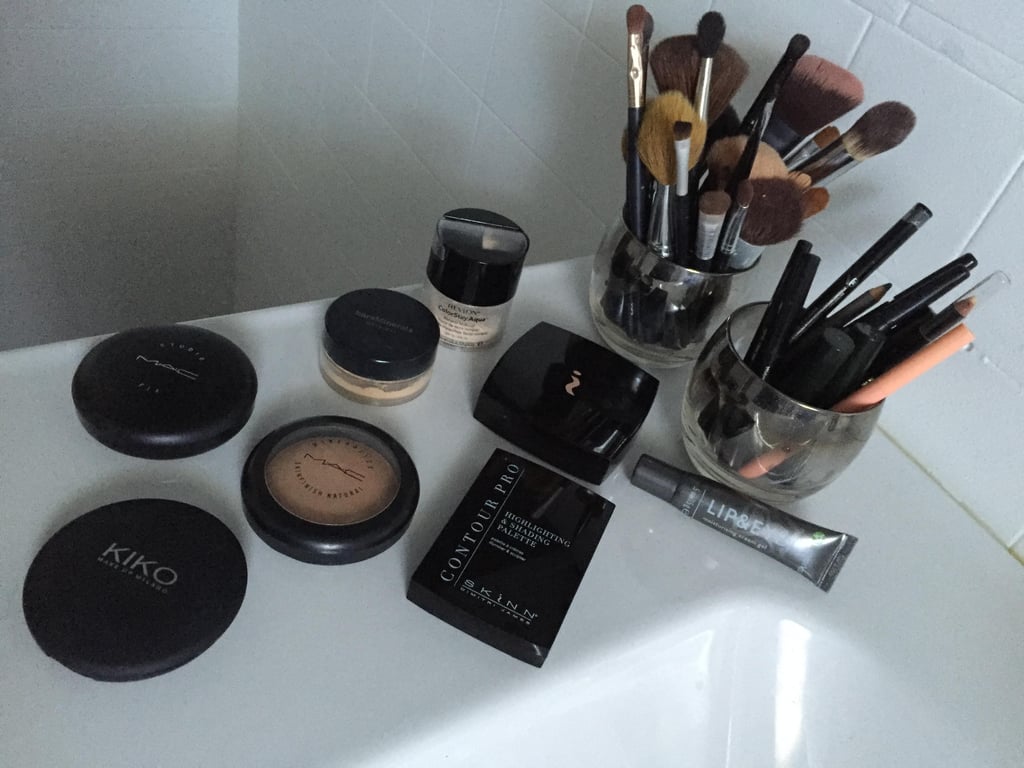 Step 1: Condition lips with Mac Conditioner hydrate. This will help the lipstick go on easier. I substituted this Mac product with the It Works Lip and Eye moisturizing cream gel.

Step 3: Contour the bridge of nose and crease of eyelids. Blend with a brush.

I used the Kiko Color Correction Concealer wheel. It provided a variety of tones and two different highlights.

Step 4: Apply highlight under the eyes, corner of the eyes and under the nose with Ben Nye Cream. I also used Kiko Color Correction Concealer wheel as a substitute.

Step 5: Contour around the bow of the lips as well as the edge of the lips to make lips look big. The video did not specify what product was used. I used Skinn Contour Pro Highlighting and Shading palette.

Step 6: Add more highlighter to the bridge of nose and eyelids to provide more contrast. Again the Kiko Color Correction Concealer wheel was used because no product was named.

Step 7: Thin out or blend foundation with brush and sponge.

Step 9: Apply Hoola Benefit bronzer to the contour. No substitutions needed for this product.

Step 10: Apply Nars “Orgasm” blush to cheekbones. Also no substitution for this step.

Step 11: Apply highlight to the bow of the lip.

Step 14: Brighten up eyes by applying bronzer on eyelids. I used my Mac Medium Brown Bronzer.

Step 16: Pencil in neutral lip color. No product was named for this step, so I used Mac Absolutely It lip pencil.

Contouring was key in this routine, as was retouching certain areas. To girls who look up to Kylie, all these steps may be worth it, but to me, not so much. Because I do not have much knowledge or experience in beauty, I decided to ask what experts think about some of these trends and the time it takes for routines.

Alex Nappe, a makeup artist, based in Los Angeles, believes that it is less about the quantity of makeup and more about how it is used.

“People try so hard to follow makeup trends that they end up covering up their best features instead of enhancing them," she says. “I see so many people with caked on foundation and women with perfect brows that are hidden by too much brow liner.”

A part-time makeup artist, Eve Lyons, believes it is more than just how the makeup is used but the products used. “This makeup routine seems very repetitive; the contouring is done in many different steps, which I think is a little much. I like the products that are used. Mac and Benefit are my favorite brands. They both are made to last long and have a variety of colors and tones.”

These 16 steps were all highlighted in a video that is under five minutes ong. My replication of the routine took a surprising 22 minutes and 12 seconds. “I look like a Jenner” was my only reaction besides my bulging eyes because I was unrecognizable. Although I substituted most of the products for ones I have, they both did the same thing for me that they did for Kylie. 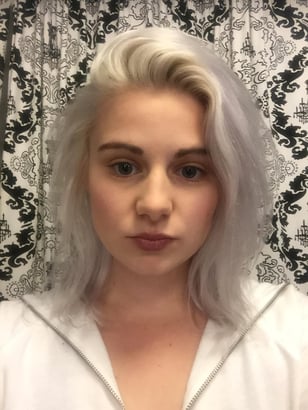