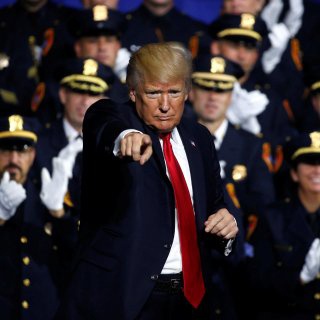 Here is a weekly roundup of events happening in our world.

Trump has made it his goal to repeal the Affordable Care Act, known as Obamacare, which CNN reports would cause 32 million Americans to lose healthcare. Last week, the Senate voted against the bill put together by the Republican party. Most opponents argued there was no substantial evidence the repeal would actually improve upon Obamacare or fix the so-called “loopholes,” but that doesn't necessarily mean that Republicans will cease taking action against the bill. Could it be that Donnie and the Republican party just don’t like the name "Obamacare"?

The applause that Donald Trump received from the police officers standing behind him on Friday, July 28th was a bit disturbing. This applause followed Donnie stating that police officers need to be rougher with the people that they are arresting.

“When you see these towns and when you see these thugs being thrown into the back of a paddy wagon, you just see them thrown in, rough, and I said, ‘Please don’t be too nice,’” Trump said. “Like when you guys put somebody in the car and you’re protecting their head, you know, the way you put their hand over, like, don’t hit their head and they’ve just killed somebody, don’t hit their head, I said, ‘You can take the hand away, OK?’”

This comes after the recent killings committed by the gang MS-13 in Nassau county. However, it comes after years of high profile cases of police brutality having fueled a racial divide in our country. And in a recent interview, two members of MS-13 said that Donald Trump is only making the gang stronger with his immigration crack down. More people are afraid to call police in fear of deportation, allowing the gang to recruit without the anxiety of police interference. 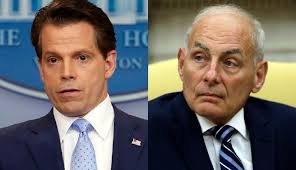 In his first act as newly-appointed White House Chief of Staff, John Kelly, retired four-star general, forced out newly-minted, foul-mouthed White House Communications Director Anthony Scaramucci, also known as “the Mooch.” What is Donnie’s plan here? Is it to show the world that he is making better decisions for this country and the White House? 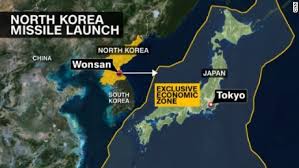 North Korea tested out a new missile last week that could reach anywhere from the lower peninsula of Japan to Chicago. Mike Pence took to the news when visiting Estonia, saying that the U.S is well-prepared to handle the situation, but China needs to show that they are involved in helping slow North Korean aggression. In a series of tweets, Twitter-fingers went on to say that the problem could be solved quickly if China steps in and shows that they are standing with the U.S. Some have suggested that with Donald Trump as president, a lot of countries are weary of joining forces with a man who can’t be trusted and only has his best interests at heart.