Season 42 of SNL, airing this Saturday, will show a few changes to both the writing staff and the cast. Taran Killam and Jay Pharoah both joined the cast in 2010 and will not be returning this season. Jon Rudnitsky, a featured player for season 41, will also not be returning. Michael Che, Pete Davidson, and Leslie Jones have all been promoted from featured players to cast members. Three new featured players will be joining the show: Mikey Day – writing for SNL since 2013, Alex Moffat – wrote and appeared in Lorne Michael’s variety show Maya & Marty, and Melissa Villasenor – an America’s Got Talent finalist and the first ever Latina player on SNL. The writing staff will also be working under new co-head writers, Chris Kelly and Sarah Schneider, who were both promoted in August.

SNL has been the show to watch to laugh at anything and everything, from politics to celebrity gossip. Sketches and characters from the show have become cultural references (e.g. Debbie Downer, Wayne’s World). Season 42 premieres this weekend with Margot Robbie hosting and The Weeknd performing as the musical guest. Alec Baldwin will also be making an appearance portraying Donald Trump alongside Kate McKinnon’s Hillary Clinton in what is sure to be an amusing take on the presidential debate from this past Monday. To prepare for season 42 it’s only fitting to look back at the top 10 best recurring sketches on Saturday Night Live.

One of the most well-known recurring sketches from the early years of SNL is the Coneheads (1977-1979). Still referenced today – particularly in a State Farm commercial – the Coneheads are a family of aliens claiming to be from France and have odd encounters with humans on Earth. The sketches became so popular that in 1993 Lorne Michaels produced the movie Coneheads starring two of the three original actors playing the Conehead family. 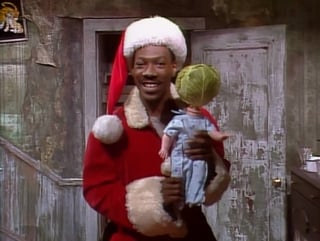 Eddie Murphy has made quite a name for himself in his extensive career and a staple to his time at SNL was his character, Mister Robinson (1981-1984), who was a parody of Mister Rogers. Robinson talked to kids about life, the economy, and American culture but in a much more pessimistic view than that of Mister Rogers.

Wayne’s World (1989-1994) is one of the more popular recurring sketches on SNL although many people are more familiar with the films inspired by the sketches. Starring Mike Meyers as Wayne and Dana Carvey as Wayne’s best friend, Garth, Wayne’s World is about two enthusiastic, metal-loving young men who broadcast a public-access show live from Wayne’s parents’ basement. 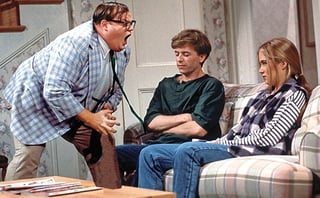 Chris Farley portrayed Matt Foley (1993-1997) who has become a beloved character to SNL fans. Matt Foley is a motivational speaker who displays characters typically not associated with his profession including clumsiness and bad luck. The character is one that Chris Farley is most remembered for.

The Spartan Cheerleaders (Will Ferrell and Cheri Oteri) debuted their first rejected routine in 1995. The sketches are about characters Craig and Arianna who enthusiastically cheer at their school’s events despite not making the cheerleading team. 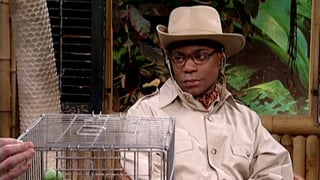 Brian Fellow’s Safari Planet stars Tracy Morgan as Brian Fellow, an uneducated young man who loves animals. The character first made an appearance in 1999. Brian Fellow has guests bring different types of animals on his show to talk about them, but consistently interrupts to bring attention to himself. 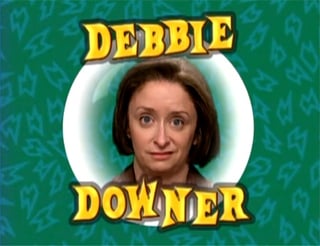 Many people are familiar with the term Debbie Downer but not all are familiar with the origin: a recurring character (2004-2006) played by Rachel Dratch that ruins good conversation with upsetting interjections. The first Debbie Downer sketch is arguably the best and takes place in Disney World. The cast in the sketch, including Dratch, have a hard time to keep from breaking character which makes the sketch even more memorable. 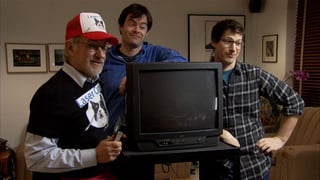 A miniseries of sorts, Laser Cats are digital shorts in which Andy Samberg and Bill Hader pitch a poor quality science fiction short to Lorne Michaels about a futuristic world in which cats shoot lasers out of their eyes. There are seven Laser Cats altogether (2006-2012) and they feature many well respected industry professionals including Sigourney Weaver, Steven Spielberg, and James Cameron. 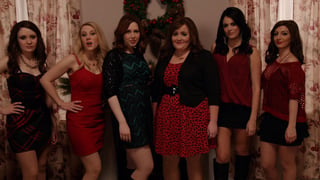 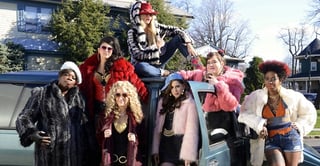 The women of the more recent seasons of SNL have done two musical digital shorts in which they refer to themselves as “your girls” and talk about life at home during the holidays. The first digital short, called (Do It on My) Twin Bed, aired in 2013 when Jimmy Fallon hosted and the description given by NBC is “when you're home for the holidays, sometimes you've got to get busy on your childhood twin bed”. The second digital short, called Back Home Ballers, aired in 2014 when Cameron Diaz hosted and is about “your girls” going home for Thanksgiving and having their parents do everything for them. 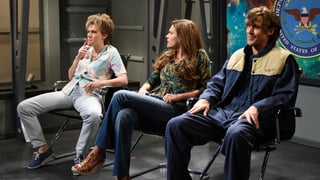 Kate McKinnon, who recently won her first Emmy, introduced a new character this past season who has appeared twice so far and will certainly become a well-known recurring character on the show. The character, Ms. Rafferty, was introduced alongside Cecily Strong and host Ryan Gosling speaking with government officials, Bobby Moynihan and Aidy Bryant, about their very different encounters with aliens. 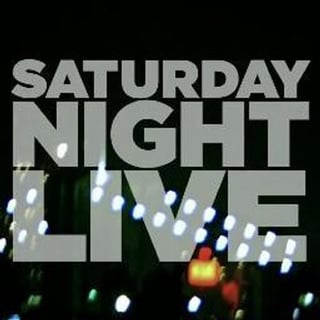 The 42nd season of Saturday Night Live begins this Saturday at 11:30PM on NBC. The show originally debuted on October 11, 1975, live from Studio 8H in the heart of 30 Rockefeller Center. SNL, created by Lorne Michaels, who is still an executive producer of the show, is the place to get started with a career in comedy and has propelled a plethora of comedians into the spotlight including Bill Murray, Tina Fey, Amy Poehler, Adam Sandler, and Jason Sudeikis. The current hosts of both NBC’s The Tonight Show and Late Night – Jimmy Fallon and Seth Meyers, respectively – also began their careers on SNL and their instant likeability as Weekend Update anchors made them perfect candidates for their current gigs.