Making it in America

The Fashion Group International hosted an exclusive screening of director James Belzer's documentary "Make it in America: Empowering Global Fashion" at the Hearst Tower on Wednesday, September 10th. The film encompassed a timeline of garment district and domestic production hubs in New York City, Los Angeles, and Miami, featuring interviews with designers such as Nannette LePore, Yeolee Teng, Anna Sui, and many more who provided their personal insights about the evolution of production in the fashion industry. The private screening was hosted by Marie Claire's Fashion Director, Nina Garcia, who provided a brief introduction of the garment district's decline in production.

"Today, only 5% of fashion merchandise sold in America is made in America” Garcia highlighted. “In 1950 there were 2,000 jobs and today there are only about 700 jobs." It's commonly known that this significant decline of domestic production over the course of the past 60 years is due to the increase of the lower costs of overseas production. Production began moving overseas to China in the late 1990's in an effort to cut corners and lessen production costs, which in turn took away from New York City's garment industry. Fashion companies placed such a heavy concern on "the sell" of products which is why overseas production was so attractive, though it has significantly lessened New York City's heritage, culture of fashion, and sense of community.

There was also a real estate game that sparked the moves of domestic production. Building owners didn't want factories depreciating their properties, but preferred A-class office spaces to move in and subsequently increase their pocket width by $60 per square foot. Because of this, factories were unable to renew their leases while incoming factories were denied leases by way of sneaky clauses that essentially made it impossible to operate. Factories are now showrooms, and people have forgotten about how things were when the district was booming. Curator of New York City's first fashion week, Fern Mallis, remembers the garment district at a young age to be truly inspirational as she witnessed countless rolling racks filled with clothes being pushed around through the hustle and bustle in the heart of the district. 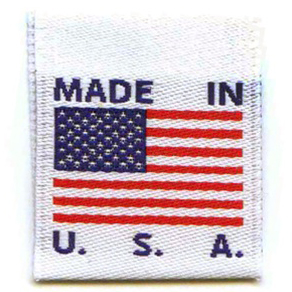 Designer Nanette Lepore remembers there being 200 factories, whereas now there are only about 10 to 15 left; the once thriving district fell to its knees because of overseas production. When she was starting her business about 30 years ago, she used to trek all the way uptown with her garments in hand to the fashion district and would ask various factories if they would take her work into production. Lepore said she is tired of overseas production, since manufacturing in America provides the ease of convenience and closeness. Designer Yeolee Teng also believes the district heavily aids production, as it significantly condusive to the designer's creative processes. The district provided so many resources when designer Anna Sui began designing as well; there was everything you could imagine. Sui says she used to ask to walk up stairs of various shops just to view all their products for inspiration in creating her own designs.

Today, stores for fabric and trims are rather expensive; there are no re-order options, and they're simply not ideal for designers. Many fabric options are leftovers, which presents a challenge when designers wish to re-create designs with a specifically desired fabric. There used to be a plethora of floors that would supply such products, but the decline has wiped those out and all there is left are ground level floors, for the most part.

Belzar illustrated domestic factory operations still in production, one of which is Elan International, located in Miami. The company feels strongly towards domestic production and supporting American business. In fact, Designer Elan Allen who was featured in the film said he truly believes that "if you wear a shirt made by a miserable people, you'll feel that when you're wearing it."

The big questions here are: "how do we create that excitement around the Fashion District?" and "how do we make production sexy, to bring that surge back?" It's that excitement and attractiveness that will provide the infrastructure for jobs today and for the next generation. It truly takes a village when it comes to fashion production; there is a whole portfolio of jobs America is missing out on by not having the kind of domestic production we did 60 years ago.

Designers need to make a conscious effort to support production in America. The closeness to the factories and merchants not only benefit our economy, but also highly beneficial for better quality control. Additionally, the exposure for young designers and students will be invaluable. The industry doesn't run without collaboration, and with that, Belzer noted, the idea is not to take away from overseas production and hurt those economies but to boost our economy and our fashion industry.