After the Spring/Summer 2018 runway extravaganza of glitz, glam, and flashbacks to some of history’s greatest icons, there is no question as to why Milan is known as the fashion capital of the world. Here, we’ll be going over some of the top - or migliore as they say in Italy - collections and most memorable moments from this season’s Milan Fashion Week.

To start off this runway rundown, Alessandro Michele’s newest collection for Gucci  ignited fashion week with a bang of retro ensembles that paid homage to the ‘70s and ‘80s in pure Elton John spirit with a dash of Bugs Bunny and Snow White. Larger-than-life shoulders were a must-have for Michele this season (as well as several other designers) in addition to other classic ‘80s staples, such as heritage tweeds and bright flashy colors, with a twist of the ‘70s free-flowing, disco vibes of sheer skirts and dresses, sequins and beaded necklaces. 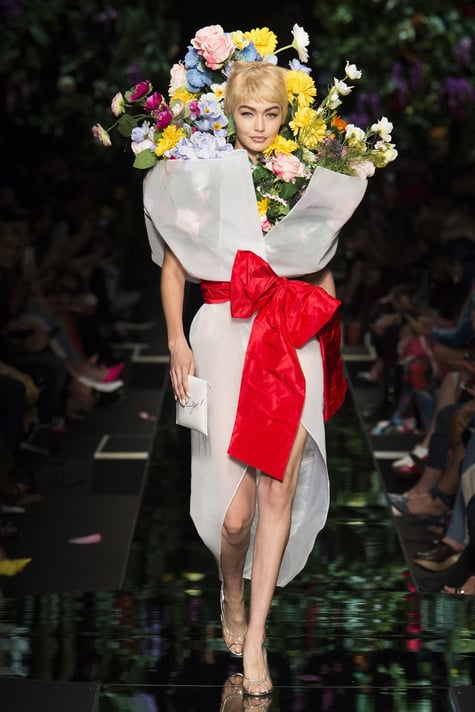 Next up is Moschino, whose punk feminine show was full of biker ballerinas, “My Little Pony” references, and dresses that literally blossomed. This light-hearted collection was all about color and optimism, which translated perfectly into the flowering dresses and lighter-than-air tutus - not to mention the butterfly ensembles that will make your heart flutter.

We went down memory lane again during Versace’s runway show as Donatella Versace took the opportunity to celebrate her late brother, Gianni Versace, whose brutal death just marked its 20th anniversary this year. Donatella went through the archives of her brother’s most iconic shows and incorporated silhouettes and prints - Andy Warhol, Baroque, and Vogue to name a few - that were reminiscent of his ‘90s triumphs in a spectacular and completely glammed-out show that was bursting with love and appreciation for her brother and his legacy. Then, in a grand finale, Versace had the original five ‘90s supermodel royals Naomi Campbell, Carla Bruni, Claudia Schiffer, Cindy Crawford, and Helena Christensen in glimmering gold chain-mesh gowns as a final salute to the iconic glamour of the ‘90s. 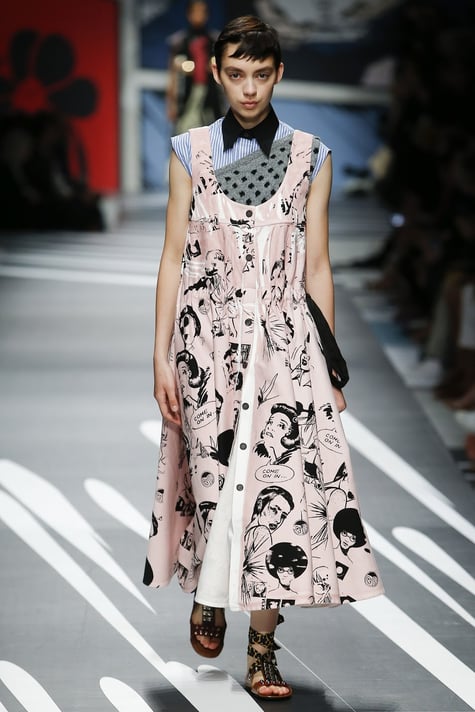 Prada’s collection highlighted the works of women artists and cartoonists from today as well as from the ‘30s and ‘60s, and she incorporated their drawings into jackets, tops, skirts and dresses in a variety of colors while also mixing them with floral and animal prints, stripes, and polka dots into a cohesive collection that celebrated the achievements and unique voices of women. 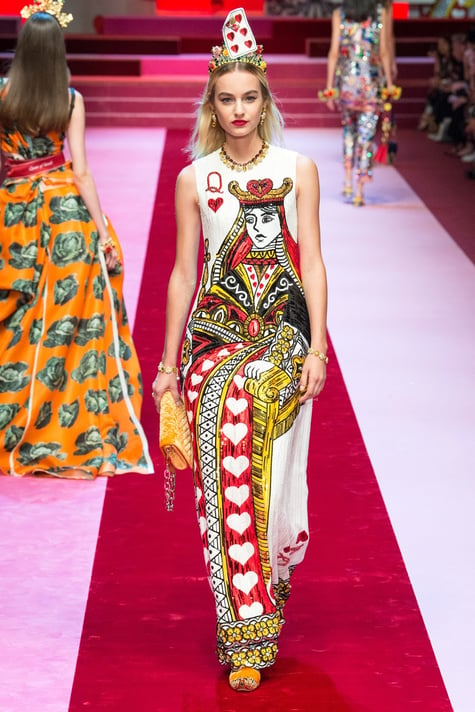 It was all heart eyes at Dolce and Gabbana’s show, which brought a close to Milan Fashion Week, as they incorporated their Queen of Hearts theme into their own take on pop regalia. Amongst the show’s deck of 108 looks, there was everything from sheer black body clinging dresses, vibrant color combinations, blooming florals, bold accessories (crowns included), and glittering gowns that were all a perfect fit for the twenty-first century princess - or queen.

So, what are the takeaways from Milan Fashion Week for Spring/Summer 2018? Let’s review: