In The Dark Knight Harvey Dent said “you either die a hero or live long enough to see yourself become the villain.”  I like to think that TV shows should live by this quote.They should end on a high note, at their peak and in a timely manner. Pretty Little Liars used to be one of the most talked about shows on TV. Every week it would have trending topics on Twitter while fans live tweeted the show. Slowly but surely, those fans became disengaged; the show should have ended a few seasons ago. Instead, they kept an unchanging plot and dragged it out long enough to become a show that the remaining viewers were happy to see it finally come to an overdue end.

In June 2010 ABC Family (now FreeForm) premiered Pretty Little Liars to a whopping 2.5 million viewers. I had just finished my freshman year of high school and was one of many who highly anticipated the show. I was a loyal viewer from the first episode and immediately related to the character of Aria Montgomery, played by Lucy Hale. Fans all had their favorite Liar – whether it be Aria, Emily, Spencer, or Hanna.

Pretty Little Liars remained one of the most popular shows on the network for the first few seasons. Burning questions were slowly being answered – although more questions were being raised. As time passed, the plot didn’t seem to change and fans slowly got tired of not getting their biggest question (who is tormenting the girls and going by “A”?) answered after years of watching the show. Viewership started to dip and fans moved on. When the show started I was the same age as the main characters but by the time I was done with high school they weren’t even close to their own graduation. The characters weren’t relatable anymore, the mystery wasn’t as intriguing, and the lack of answers was annoying. By the time season 7 premiered in the summer of 2016 it was only to an audience of 1.42 million and their target demographic audience dropped 36% from their season 6 premiere 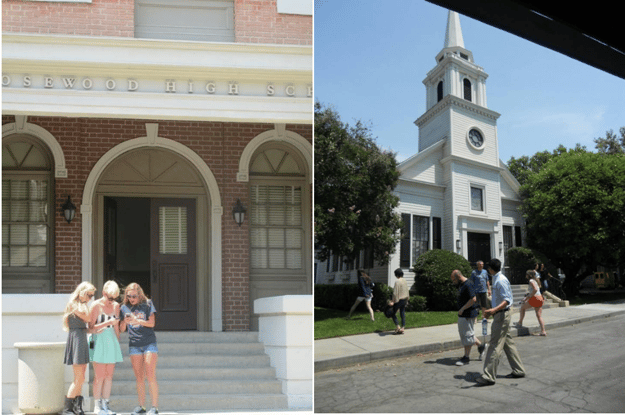 In 2013, my family went on a trip to California and my sisters and I insisted we go on the Warner Bros. Studio Tour for a chance see the set of our favorite show. We were thrilled to see the Liars’ rooms, inside their school, and the church where so many important scenes took place. We even took a picture outside Rosewood High School pretending to be getting a text from “A.” My sisters were among many who eventually stopped watching the show. I’m still a viewer, although I don’t consider myself a fan anymore. I still watch because I feel like I owe it to myself to finish a show I’ve invested so many years in already (I also just want to know if Aria and Ezra end up together). I’m tired of the plot, I’m tired of the mystery being the same basic concept throughout the entire series, and I’m tired of all the unexpected twists that seem irrelevant to the story. That’s why I’m glad that the second half of season 7 is the final 10 episodes. I will hopefully get my answers and finally be able to stop watching a show I don’t really care much for anymore. If you find yourself in the same boat as me, season 7B airs Tuesday, April 18th. And if you’re late to the party and want to know what every teenage girl was watching back in 2010, seasons 1-6 are available for streaming on Netflix.