Role Models on The Runway: How I Snapchatted My Way into NYFW

New York Fashion Week is one of the most exciting times to live in the city. It is a magical week filled with an overflow of celebrity sightings and trendy bloggers walking the streets. Most importantly, it's a chance to get a taste of what it’s like to work in this industry.

Thanks to Professor Terance Coffee here at LIM, I was lucky enough to join the social media team for Carrie Hammer’s S/S 2016 show. Hammer is a designer and entrepreneur who left her career in marketing to create a line of affordable and fashionable business attire for women.

The theme of the show was Role Models Not Runway Models; apropos, it featured businesswomen strutting down the runway rather than professional models. The role models ranged from Meryl Davis, an Olympic figure skating gold medalist, to Chanel Cathey, Director of Corporate Communications of Viacom Inc. It was a very inspiring and interesting show that the designer took great pride in.

“My biggest success has been starting the Runway Revolution," Hammer said. "Other brands are beginning to follow suit, and large brands are acknowledging that empowering women is important work. Victoria Beckham and Gap Inc. tweeted and blogged about us and Kenneth Cole and The Limited launched similar campaigns. I am so excited for this new era!” 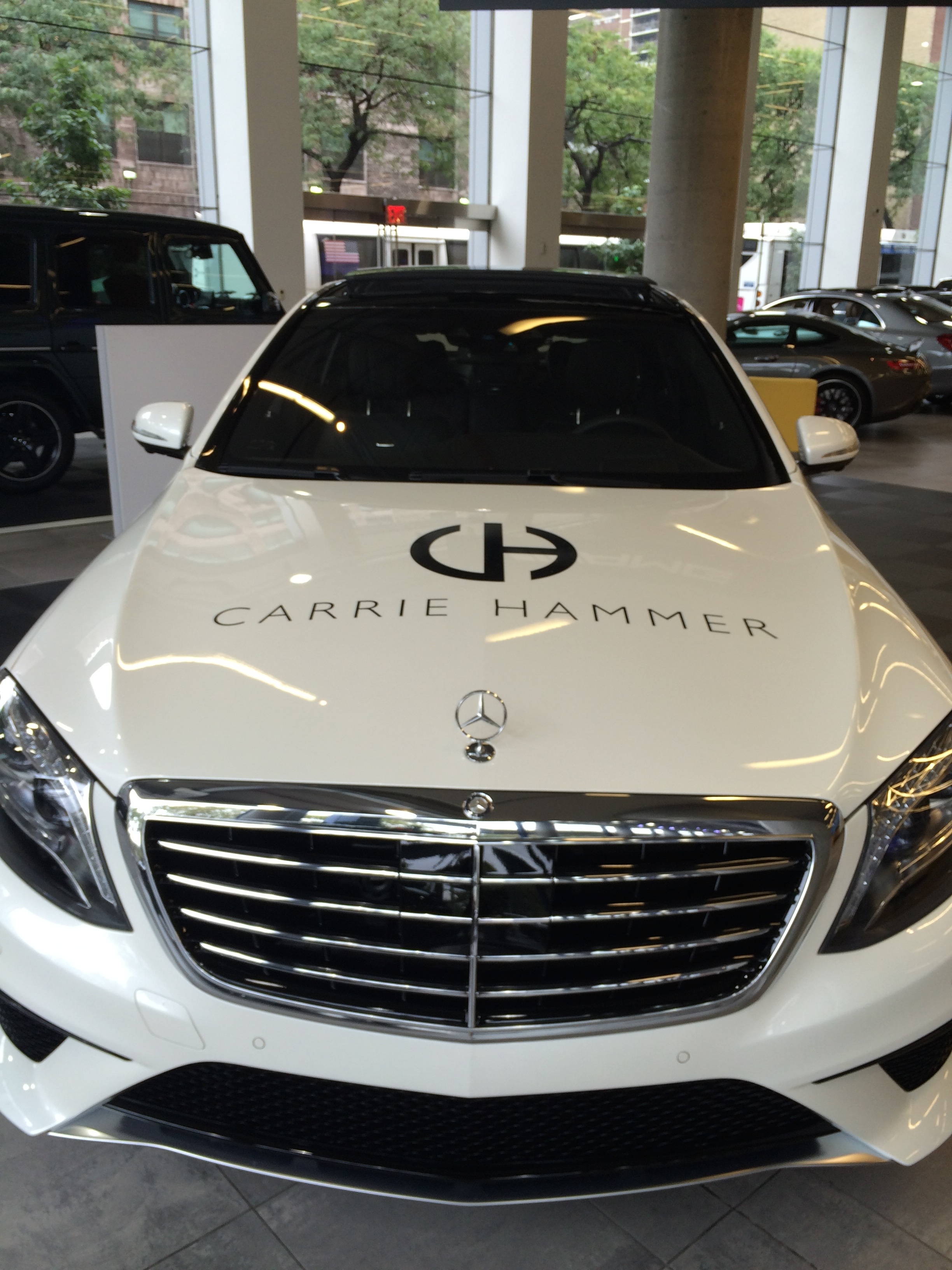 My job for the day was to coordinate with two other volunteers to generate buzz on the designer’s social media accounts before and during the show. I was responsible for the company’s Snapchat account, which was pretty much the most exciting job that someone could offer 19-year old fashion student. I spent the day running around and snapping pictures and videos of the event held in the Mercedes-Benz Manhattan dealership. I posted everything from volunteers stuffing gift bags, to a funny dance party with Carrie Hammer and her Marketing Director, Bruna Petrillo.

“The most important thing in my professional career has been networking," said Bruna, an LIM senior working on her co-op internship. "Every amazing job and opportunity I have ever had have been through networking, so you need to put yourself out there and meet people!” 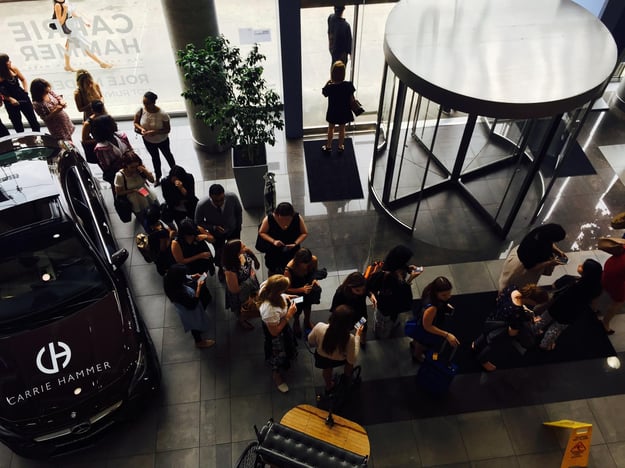 Judging from the roaring crowd, the fashion show was absolutely successful, and the collection was beautifully displayed on the various role models. The designs were flattering and professional pieces, which featured blacks, whites, polka dots, and plaids, with only an occasional splash of pink. Capes, overcoats, leather, lace, double-breasted blazer dresses, and accented waistlines were mainly featured within the 27 looks.

“My customers always inspire me," Hammer said. "This season was all about contrasting a lot of powerful materials with feminine materials like leather and lace. I always say power and femininity aren't mutually exclusive; in fact, they very much go hand in hand.”

I secured a great spot at the end of the runway to take videos of the models posing for the press, which was a perfect end to the Snapchat Stories. It was about 200 seconds long, which I know is excessive for just about any other event, but fashion shows like this are a special exception. 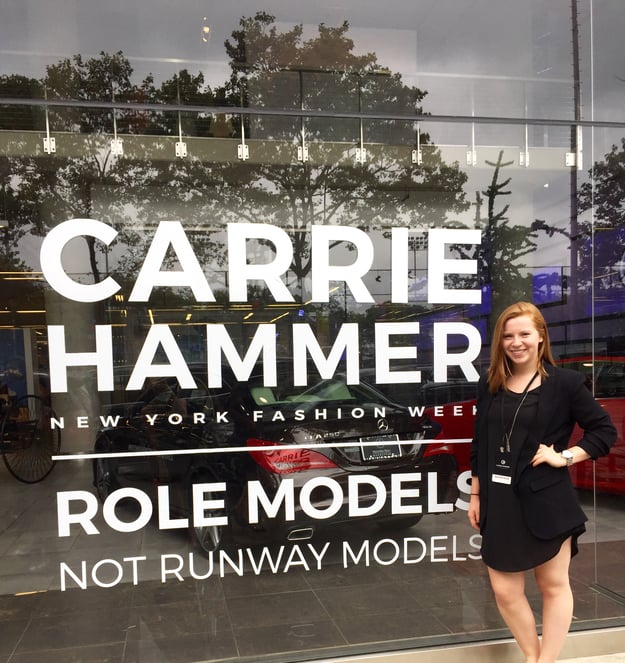 After the show, I received an email from my supervisor saying how pleased she was with the social media team and especially with the Snapchat Story. I was ecstatic that I was even given this opportunity, let alone being thanked for the work that I did while I was there. It was my first NYFW; I made some new connections and was able to update my resume with this new experience. All in all, I'd say it was a very successful event and just another reason to get involved at LIM!

For more information on Carrie Hammer, check the company out online!