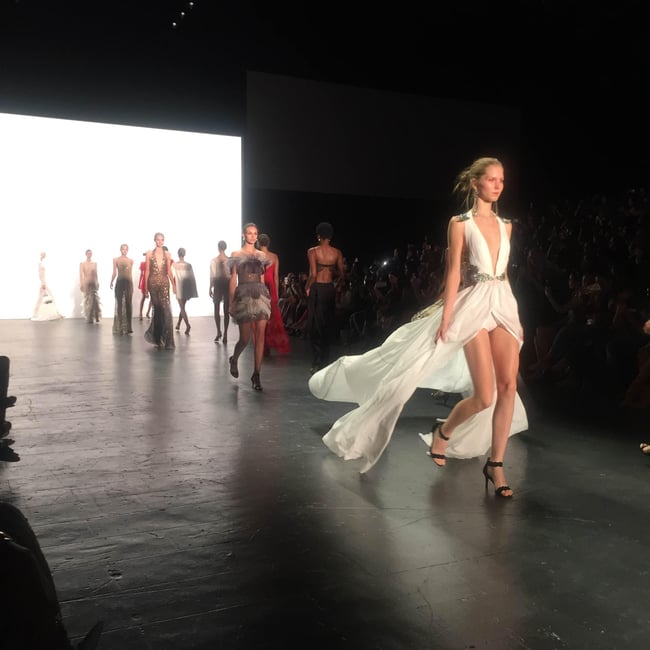 Tadashi Shoji opened the night with a beautiful venue, breathtaking performance, and couture gowns. His effortless vision for the venue was a performance in itself; the Moynihan station was filled with celebrities, press, and photographers alongside priority standing guests that were intrigued by the collection.

The show took a while to start due to the chaos of the media, but backstage it remained calm as the models prepared to walk down the runway, which seemed to be miles long. Shoji, an American-based Japanese designer, was very influenced by his own culture and incorporated Asian-inspired sketches into his show as an opening video that told a whimsical story. The show opened with casual couture short dresses that included so much detail it was hard to focus on one piece.

The collection consisted of all types of colors, fabrics, and styles. The expensive fabric flowed behind each model like a cloud. The massive bright lights at Moynihan shined on the runway & made the gowns glow with transparency. The designed matched every aspect of the concept behind Tadashi's show. He reached his goal of success with fashion design and his Shoji Couture line. As the show came to an end, the press attacked celebrities, models backstage, and Tadashi himself.