LIM College Visual Merchandising students participated in the First Annual New York Festival of Light on November 6, 7 and 8th. The event, which took place at the Archway under the Manhattan Bridge and Pearl Street Triangle in DUMBO, Brooklyn, included light based art shows and performances—and the creative and talented students from Professor Grailing King’s "History, Theory & Practice of Visual Merchandising" class were able to contribute to the once in a lifetime experience.

The students, with Professor King’s guidance, were split up into groups of four to create eye-catching mannequins.

Latisha Johnson, a senior, explained that her group's installation was called "Mirage." 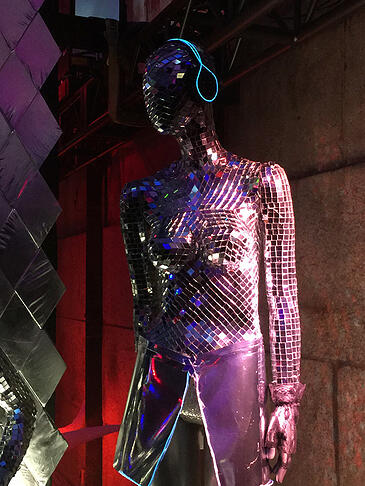 “[It is] described as a reflection of what you [would] see when you look into the mirror," she said. "The mannequin that my group did, was the [one] with the light up bow tie—which was handmade and created by my company, Bow Tish, LLC. Our mannequin had over 2,000 squared mirror pieces. We wanted to give her an edgy but still powerful creation.”

The installations received high praise from students, faculty and about 5,000 onlookers.

“We had no idea this would have gotten this much exposure,” Johnson said.

"The Visual Merchandising team from LIM did a spectacular installation," he said. "The best in the show, and I am not just saying that!”

When asked how he could best describe the event, Professor Cockle explained that it “was like a rave! It reminded me of days gone by—'Palace' in Paris in the 80's, and 'Studio 54', here in New York. It has left a lasting impression on me and I hope it happens again next year!”

The students showcased their mannequins on of a 3’x 4’ box, which was placed in front of a 4’x 8’ diamond-encrusted background.

“We didn't know it reflected so much light and how bright it [would] shine at night," Johnson explained. "This [was] an experience I will never forget.” 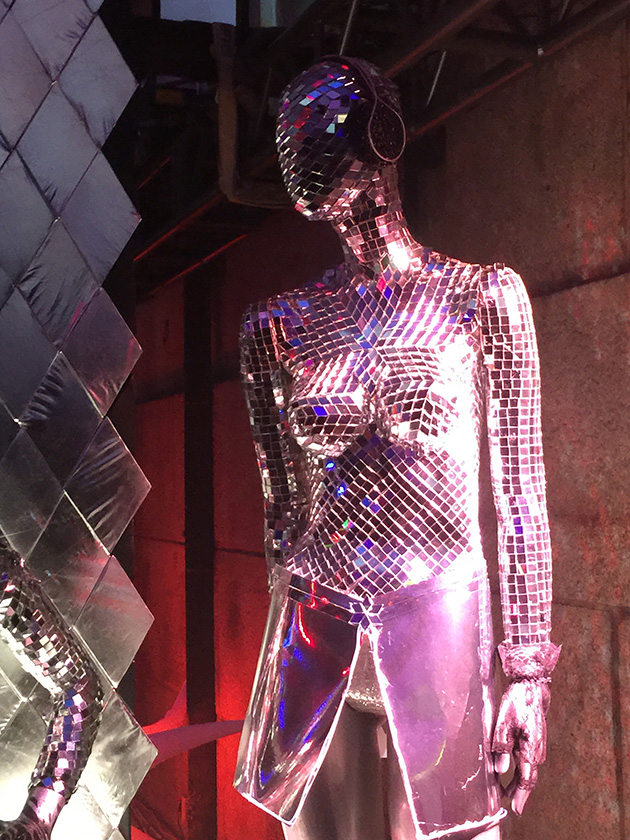 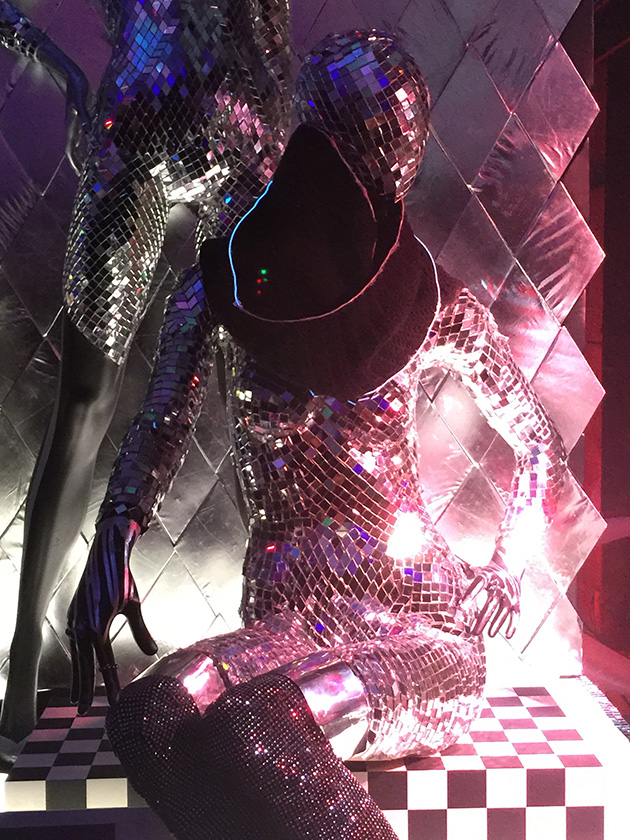 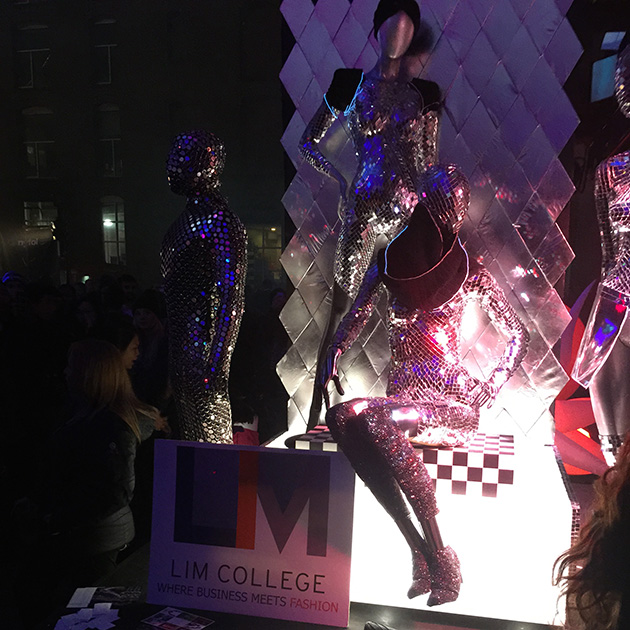 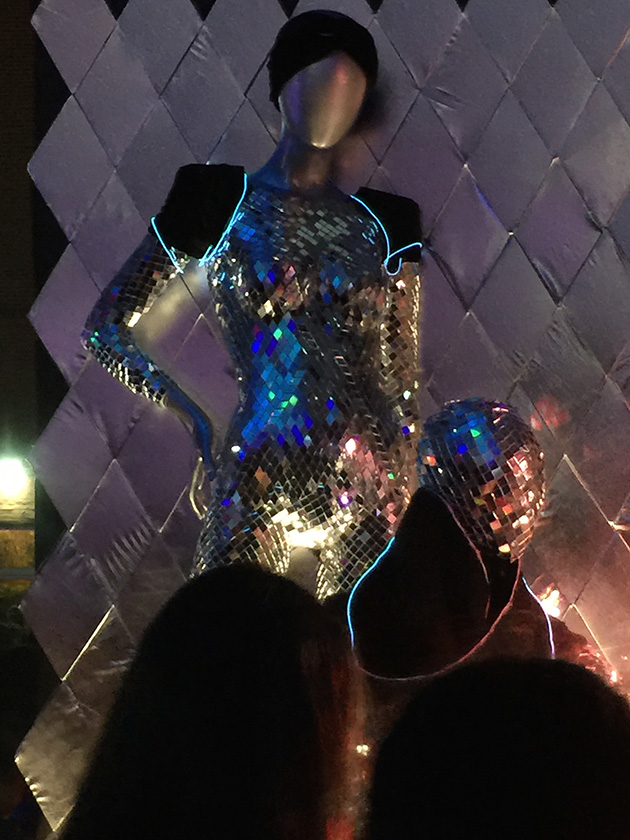 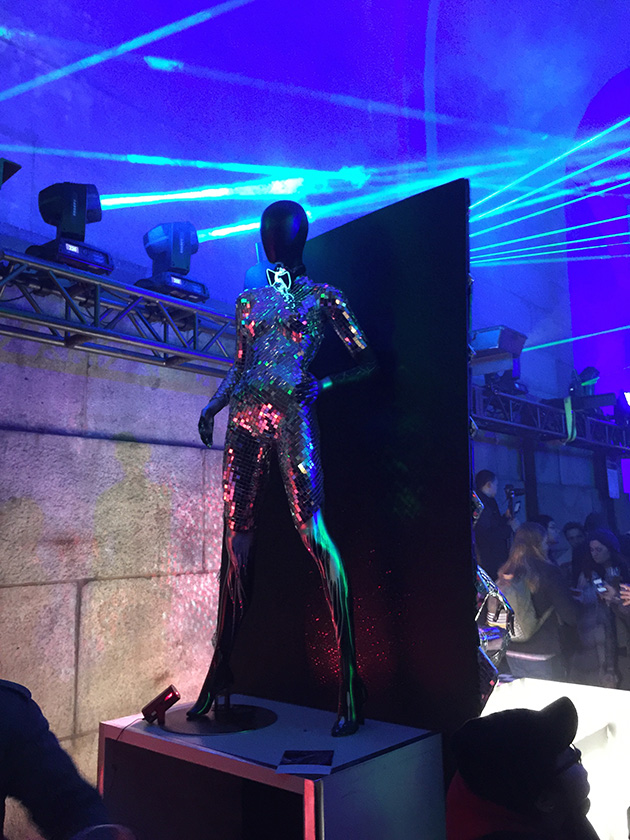 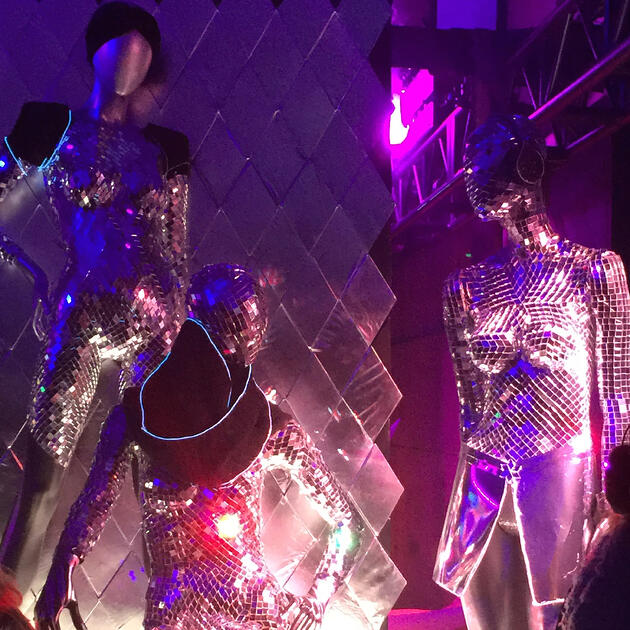 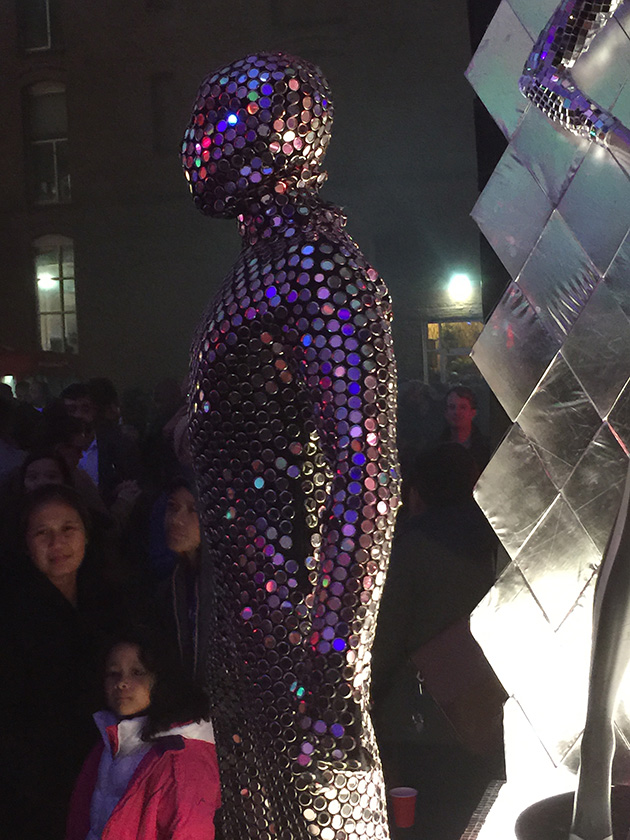 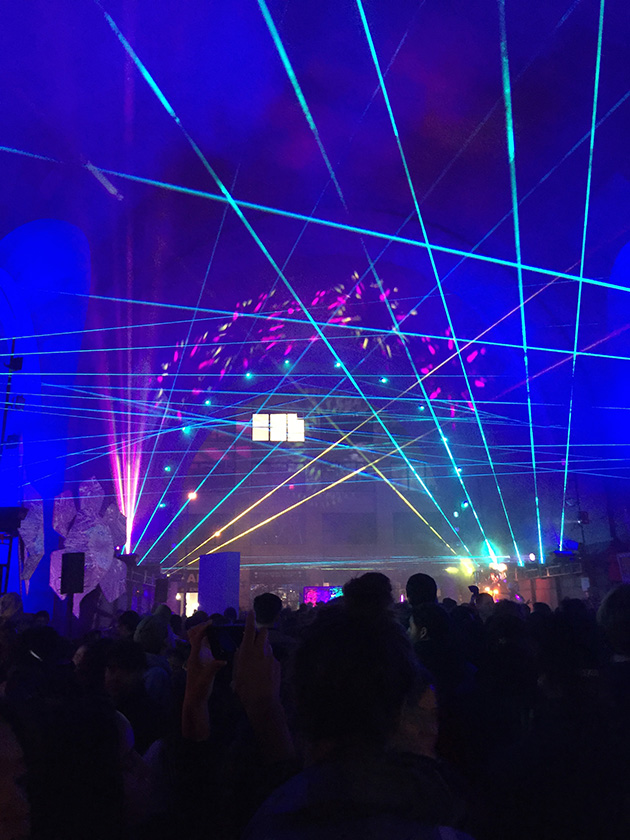 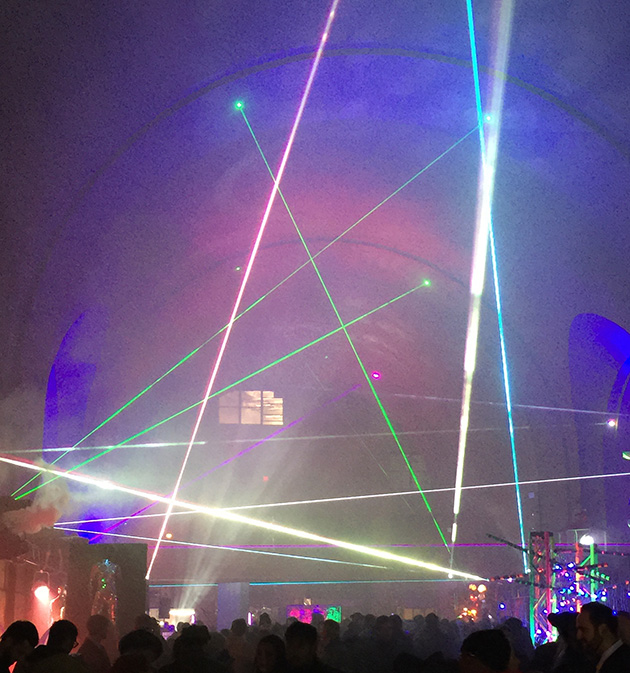 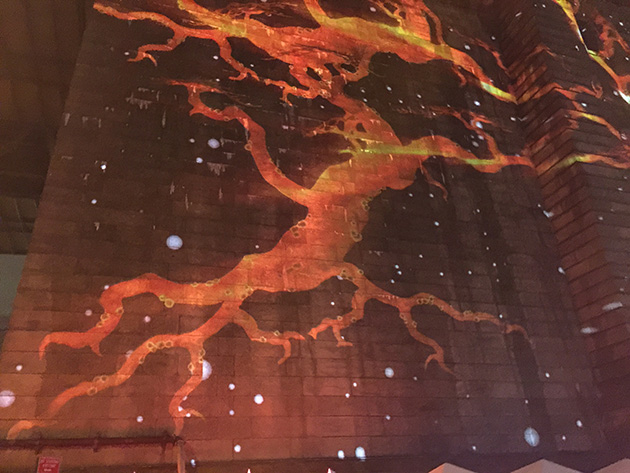