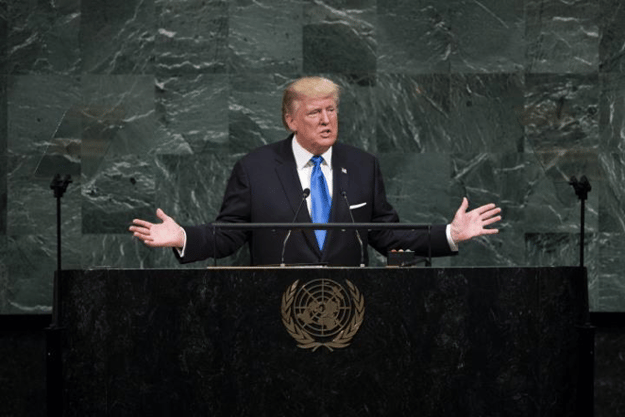 In his speech at the 72nd Session of the United Nations General Assembly, Donald Trump praised the idea that jobs are best kept locally within the United States because it increases the GDP and grows the stock market. However, based on the allegations of “drugs, weapons, and people” being brought by “international criminal networks,” into the United States, the 45th president of the United States concludes that it is too dangerous for the country to keep its borders open. He then suggested other countries follow his lead.

“We do not expect diverse countries to share the same cultures, traditions, or even systems of government,” he said. “But we do expect all nations to uphold these two core sovereign duties: to respect the interests of their own people and the rights of every other sovereign nation. This is the beautiful vision of this institution, and this is foundation for cooperation and success.”

Essentially, the president of the United States promoted the concept of countries closing their doors in order to protect themselves from the potential dangers they pose to one another. But who will protect all of us from the dangers of climate change? 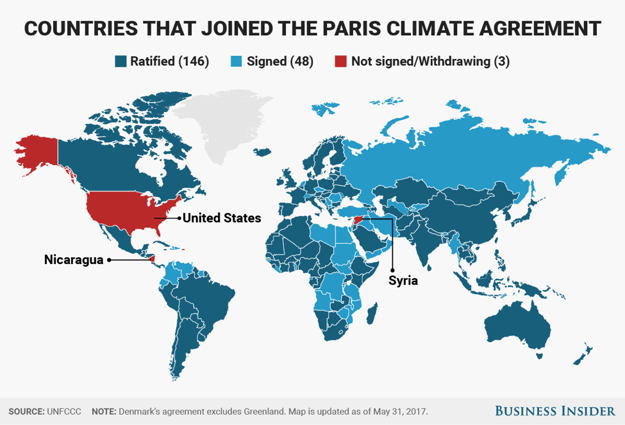 Checking out Bill Nye and his lesson, sponsored by National Geographic, on climate change awareness and its biggest victims, viewers learn that the ocean suffers the most because of increased carbon emissions. Life underwater (i.e. coral reefs and life that depends on these reefs) is in harm’s way due to “ocean acidification, the rise of acidity in the ocean’s chemistry as a direct effect of carbon dioxide in the atmosphere reacting with salt water,” Nye says. And if this major source of livelihood dies, it can affect billions of people. 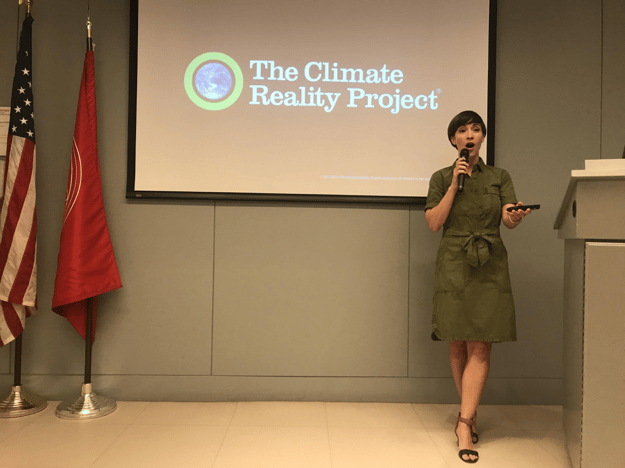 Today, the world has made progress in confronting climate change in initiating the Sustainable Development Goals and the Paris Climate Accord, which is an agreement dealing with climate change and lowering greenhouse gas emissions. When the United States’ presidential administration wants to pull out of the world’s biggest endeavor to counteract climate change, the Paris Agreement, and instead wants to revert back to more traditional and harmful ways of conducting energy, the situation plays as a conflict of interest in favor for working together to solve an issue that affects everyone in the world.

If the United States’ presidential administration does not wish to support it, here is what the rest of the world can do. According to Sky News, greenhouse gases need to fall by 2.5% annually until reaching zero. This would mean countries like the United Kingdom having to lose 12 million tons of greenhouse gases in the first and replacing it with sustainable alternatives for energy from then on. It also greatly encouraged to reduce, reuse, and recycle if not already.