Why We Should Listen to Cindy Crawford 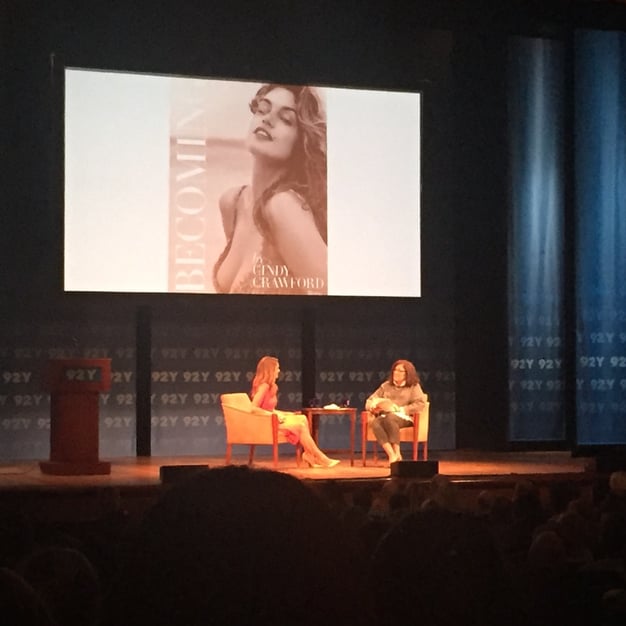 To kick off the promo tour for her new book, Becoming, Cindy Crawford returned last week to the city that made her a success. On Tuesday September 29th, after a busy day of talk-show interviews and Fifth Avenue book signings, Crawford discussed her life stories and the lessons she’s learned at the 92nd Street Y. Fern Mallis, who according to her Instagram bio is “widely credited as the creator of New York Fashion Week,” had the honor of interviewing the legendary model. Crawford came off as honest and open, laughing, joking, and giving sass when fit. The audience loved her. While soaking up all of the 50-year-old’s awesomeness, it became evident that this supermodel mom/entrepreneur had some good advice. So we put together this culmination of Crawford’s as-told experiences and thoughts on life, family, fashion, and business.

“My first job was babysitting, and my sister and I would babysit for 4 hours and each earn a dollar. Then, I helped clean houses for my aunt and she would check under all the furniture to make sure there was no dust! Then I worked in a clothing store and my job was to refold the sweaters and, I do this now, but people would look at them like not this one, not this one, and my job was to go back and refold those sweaters.”

“I learned a lot from how Richard [Gere] handled things…Richard was very respectful. He [actually] took the second to look [the other person] in the eye and shake their hand, and he also knew how to say 'no' respectfully.”

“Some people don’t get the joke and take photos literally. It made me realize that images matter and I need to be aware of what I am saying through these photographs.”

“[By having children], I think everyone learns a lot. They teach me patience, [and] they teach me not to abuse Instagram; they're like ‘Too many hashtags, Mom!’ They say man has plans, and God laughs. I say, Mom has plans, and kids laugh. Ugh, I was so organized…”

“I remember one time—it was my first time dealing with sexual discrimination—I walked into this [chemical engineering] class and the professor was like ‘I think you’re in the wrong class honey,’ and I thought to myself I am acing this class!” 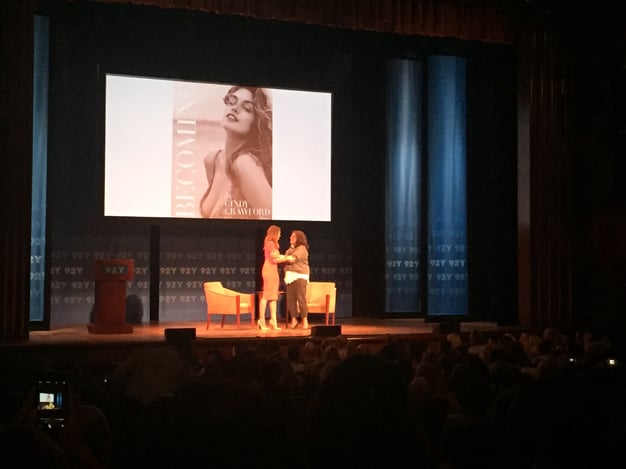 “We are all insecure at times, and we feel like, oh, we aren’t good enough to be sitting at this big table with all of these important people. If we just realize that we are all thinking that, [if I had known that in the past], I think I would have taken advantage of more opportunities.”

“Elite was trying to woo me then to come to New York, so they offered me a 10-day job in Egypt. I had one appointment with Victor [Scorsese] during one of those days, and I asked my agency to release the appointment so I could go, and they wouldn’t. They told me that if I cancel, Victor won’t work with me again. He [Victor] told me that I didn’t have an easy face to photograph and that he was the only one that could make me look good. That hugely affected me; I used to tell photographers, ‘I know my face isn’t easy to photograph,’ and they would be like, ‘WHAT?!’”

“You have to keep your eyes open; you can have your headphones in and keep to yourself or you can open your eyes and learn.”

“I don’t want anyone to throw red paint on me, but I’m not really a PETA person. I don’t think anyone should be pressured into anything.”

On Irving Penn: “Discipline. He was so meticulous and he had such integrity.”

On Arthur Elgort: “He loved women A LOT. There was always a sexual charge on stage.”

On Patrick Demarchelier: “I call Patrick a magician. He just makes it seem like no big deal. He’s also the perfect French gentleman.”

On Helmut Newton: “The provocateur.”

On Peter Lindbergh: “He is the cinematographer, because he knew the light [so well].”

On Steven Meisel: “He is incredible and a great teacher for a model. His light is amazing; he really is an artist. He is that guy that can take you to the next level as a model and he still can today.”

On Christy Turlington: “Christy was such a classic beauty.”

On Linda Evangelista: “Linda was such a chameleon.”

“I really felt like writing this book was the end of a chapter for me. I have finally realized that I don’t really have to prove anything [to anyone] in the fashion-modeling part of my life. I like working, I like being busy, so I don’t know [what the next chapter is].”

After killing it for so many years and achieving so many life goals, the supermodel mom is truly a reliable source for advice. She worked hard and got to the top with respect; we learned a lot from hearing about her experiences and we hope you have too. We wish her the best of luck in her future endeavors, whatever they might be.