Cheering for Dad at the London Marathon

At the London Marathon, in honor of those who were lost or hurt at the Boston Marathon, I wore my Dad’s Adidas Boston Marathon zip-up that he had from running that race in 2010. My siblings also colored posters for my Dad and put the "NY loves Boston" symbol on them as we mourned the tragedy that took place just a few weeks ago in a city we all know so well. 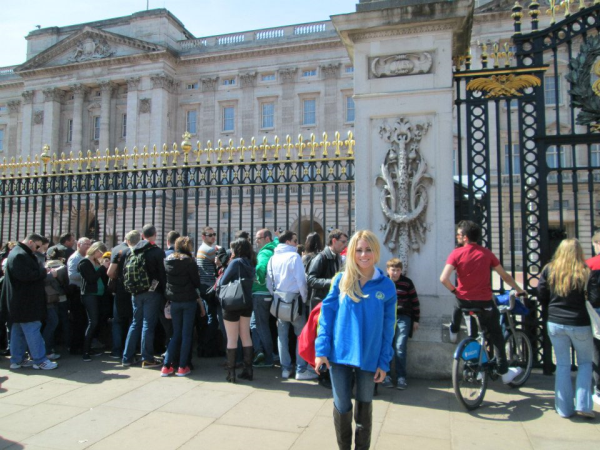 Luckily, at around the 3.30 marker point (which is late for my Dad) we spotted him. Given that he was running with his ipod and a torn tendon and hip, he was more focused on finishing than the crowds. So we took lots of pictures (as proof that we saw him).

Apparently both Prince Harry and Sir Richard Branson were handing out the Virgin London marathon medals (up until the 3-hour marker point). But as Harry has a thing for blondes, I joked with my Mom that I would run next year in under three hours to meet the prince. 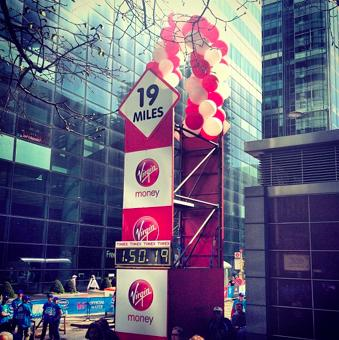 Well, given that both of my parents have run marathons (London 2013 being my father’s 20th!), it's become a tradition. So we negotiated that in 2015 I will run the London marathon in some sort of costume (I'm thinking a pink tutu) in order to raise money for a children's charity.

It was inspiring to watch crowds cheer and see people speed up near the finish line after hearing their name called out. Multiple people even collapsed with only 350 yards to go (which was heartbreaking to watch), and then had to get pushed in a wheelchair to the finish line (if they were deemed medically stable).

Multiple volunteers helped those who were hurt, and seeing blind people run tied together with guides was also very inspiring. Once again, it was a lesson that if one sets their mind to do something, they really can do it. Of course the three loudest cheerers the entire marathon seemed to be: my Mum, Poppy and I, as cheerleading is, quote-un-quote, "an American thing." 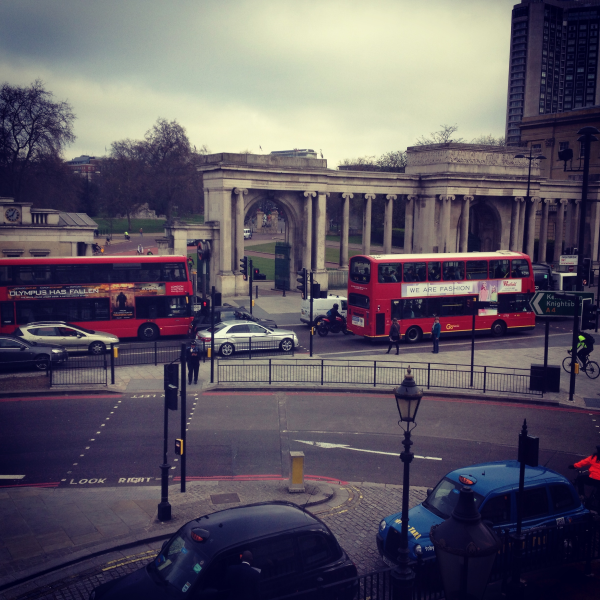 Once the marathon was over, we headed over to Oxford Street, which was filled with touristy shops, so then we headed over to Knightsbridge where Harrods is. I also managed to navigate my way around today based on Starbucks, and was shocked to see how totally different the cafes are there. It's just proof of how every company needs to adapt to the country that they are located in and adapt to their target market. That being said, they did have frappuccinos, and instead of a bagel I opted for some marshmallow sprinkle stick. Yum! 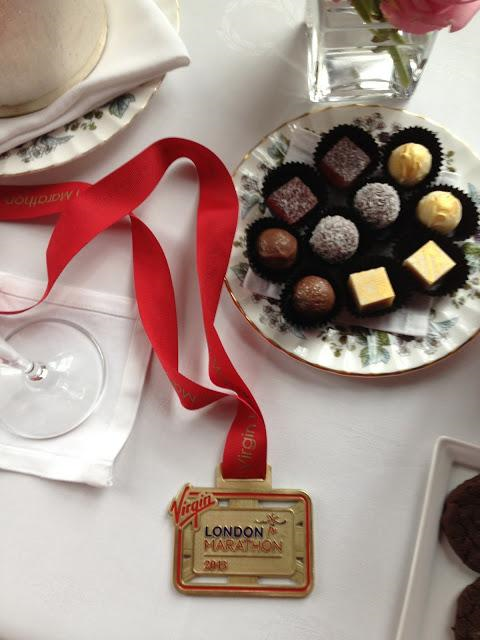