How to Find an Apartment in NYC: One Fashion Student's Advice

So you're a fashion student who has finally made the big move to NYC and now you're looking to find your own place. So where do you start? Google can only tell you so much, but the most important thing that I learned when searching for my apartment is to not get your heart set on one place.

I live on Roosevelt Island and I like to joke around with friends that it's Manhattan's best-kept secret. Surprisingly, it seems as though not many people know you can live here. It's also important to know that there are many other places to live outside of Manhattan, such as Long Island City (in Queens), Williamsburg (in Brooklyn), Astoria (in Queens), or even Hoboken, New Jersey, which can have about a 15-minute commute, depending on what part of it you are coming from and where you are going within Manhattan. 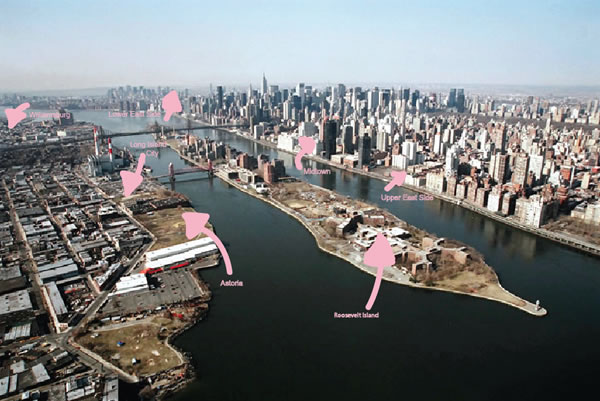 Calculate how much you're paying per square foot. Understand the differences between each area. The Upper East or West Sides of Manhattan can be much more expensive than living in Williamsburg, Brooklyn, which is also a beautiful area, and an easy commute. This is because you're paying for the name. I'm sure living in Manhattan is every young girl's dream, but price-wise a loft can be equivalent to a two-bedroom apartment located in places such as Long Island City, Brooklyn, or Astoria.

Don't form opinions based on what you see in movies. Especially if you're new to NYC, explore and judge for yourself. I can certainly tell you that Astoria is up and coming, along with Long Island City and Roosevelt Island (as they start to renovate and restore old buildings). Everywhere seems to have it's own ambiance and individuality, but as they say: never judge a book by its cover. Just because you might have heard that living downtown isn't as glamorous as living uptown, it doesn't mean that's necessarily true. It's supposed to be the best fit for you, especially at this time in your life.

When you get your first apartment, convenience and accessibility should be your number one priority. Remember that we are fashion students and individuality and creativity are important. We can make the best of wherever we live while studying fashion in New York City, with whatever we have.