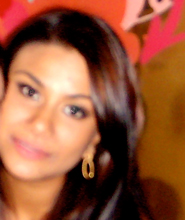 Don’t expect promoter parties at The Gates on 8th Avenue. If you’re lucky enough to know one of the 100 “ambassadors” in NYC who hold a golden key to the club, and if you’re one of the five guests they are permitted to bring a night, consider yourself a chosen one. Although you have secured such an honor, don’t dare show up in jeans and a T-shirt. No, not even jeans, a T-shirt, and cute pumps. You’ll be cut at the supremely snobby door. No matter what night of the week, all guests at the Gates don Balmain-clad shoulders and clothing that seems to have fallen straight off the runway. Models flock around the entrance. Jessica Stam hosted her birthday party here last month.

Using club “ambassadors” was put into effect by the Gates team in place of sleazy, bottle-pushing club promoters. The ambassadors come from all different backgrounds and lines of work, but are nevertheless supposed to consistently represent the exclusivity of the club. Those who hold a key also hold a secret cell number to the doorman to call or text after 10PM to confirm their table. You’re not getting into the Gates unless you know one of the ambassadors, will spend serious cash ($500 a bottle), or are a famous model with good NYC connections.

To my eye, the corner of 24th Street is an odd location for a swanky place, wedged between a Rite-Aid and the corner. The Gates is intended to take the place of the Biltmore Room. While visiting for a Tribeca Film event, I was able to talk up one of the managers, and he told me that the vintage marble on the walls was worth over 3 million dollars. Wow, and everyone thought the 24-karat gold-plated skulls at Goldbar were a big deal! In clear competition with small venues like Goldbar, the Gates tries to set itself apart with furniture resembling what might be found in a French chateau, and it also has a working fireplace beyond the line of typical lounge banquets.

On another visit, I was waiting on line for the unisex bathroom. An older gentleman pushed his way to the front with two model-esque girls. I mumbled something to myself about how ridiculous NYC can be at times, and continued to wait patiently for my turn. Good thing I kept my cool, because when I got back upstairs, my boyfriend was chatting with the same older gentleman and his arm candy. Turns out the old guy was one of the club owners, one model was his girlfriend, and the other was her friend. I quietly forgave him for cutting the bathroom line when he made sure my boyfriend and I constantly had drinks in our hands, which were of course on him.

My last experience at the Gates was not so glamorous. The music has always left something to be desired, but this particular Thursday was brutal. I tried to make the best of it by getting a drink at the bar. Five minutes, 10 minutes, 15 minutes went by. The bartender was too busy chatting and laughing with her friend, probably so drunk that she didn’t notice the swarm of people standing around her bar. Oh, how I wished for that gracious club owner to be there. It was really disconcerting, and I haven’t returned since. I went to Santos Party house instead, drank a $7 drink out of a plastic cup, and had a fabulously good time dancing to classics.

Update: In these hard times The Gates has changed its policy, and now uses club promoters to bring in a crowd.