Theater Off the Beaten Path 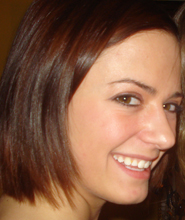 Bored in New York City? That may sound like an oxymoron or impossible, but one can get tired of the club scene or run out of money for movies, concerts, or dining out. So where's a student to turn? Try the theater clubs.

I was lucky enough to attend the debut of celebrated Arts and Communications professor Roseanna Lane’s play Nikita, and the realm of my Friday night possibilities expanded. The setting was a hole-in-the-wall nest of small theaters around 42nd Street, not far from the TV-show- and movie-inspired Broadway plays that pack people in but can leave spectators with an empty feeling when the show ends.

After I waded past a cramped and crowded bar, and avoided a potential disaster on a busted loveseat, I found myself among a phenomenal circle of up-and-coming playwrights, actors, and directors all congregating to support Professor Lane. Nikita features something LIM College students can understand: two roommates bickering about a trip to South America. Below the surface is the real issue: how to live and stay true to idealistic wishes to help other people while still meeting responsibilities and paying the rent. One character seems like a dreamer who frets about the poor but also considers the latest Marc Jacobs creation a “must-have.” The other seems like a drudge who is all about work and finances. Both characters are actually more full and complicated, and the outcome of their conflict will surprise you.

Professor Lane’s play was part of a showcase with two other one-acts. In one, a naïve groupie has a sexual duel with a cynical pop star. Another featured an actor with an immense pot-belly and no inhibitions whatsoever. Would they dare such a thing in Hairspray? No, that’s the airbrushed version of owning extra pounds. The third play had poetically crafted lines about a clichéd situation—a pick-up conversation in an ordinary restaurant. One can always spend $100 or more on the rehash of a movie like Billy Collins, the Legally Blond franchise, or some other focus-group tested and ready-made market entertainment. Or one can be adventurous, and meet real working actors, directors, and writers, some teaching right here at LIM College.

To give that a try, check out these links for upcoming New York City theater events. Don’t have the cash for Broadway seats? Not a problem—many shows are under twenty dollars. Every summer The Fringe Festival, one of the largest showcases of comedy, plays, and performance art by the young and wild in the world, takes place. This year, LIM College’s Jason Shaffer won a major award there with raves in many publications.

New York Theatre Guide- listing of future plays, both on and off Broadway

Theater Online- reviews and listings of current and future plays