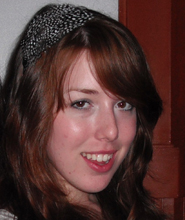 Having lived in Nashville, Tennessee since I was two years old, I officially consider myself a native of the South. The Southern states boast their own culture and sense of pride that I have been raised to know. Eating fried food and adding “you” and “all” to create “y’all” seemed the norm.  For my 16th birthday, I received a truck, and I frequently joined the boys for mudding, the goal of which is to coat the truck in muck and shake the cab. Summer nights were for camp fires, and not a soul in town missed Friday high-school football games. Southern traditions and genuine hospitality shaped me into a version of what some would consider a “Southern belle.” I became accustomed to this lifestyle, never considering too much outside the bounds of the place I lived.

When I reached New York City, I realized how incredibly different life elsewhere could be. When I ordered a sweet tea in restaurants, I received fruit tea, not tea with sugar. Instead of hearing country music from every bar I passed, it was rap or Latin music.  The closest thing to a “star” I have seen in New York is some actress from Sex in the City. Cowboy boots have designer labels and plaid shirts are belted as a “fashion statement.” My first few weeks in the city were a whirlwind as I attempted to grasp something recognizable. Then I discovered it. New York has a Southern side, too. It is just a matter of looking hard enough.

Let us quickly get out of the way the single most publicized  “country” figure in this city—the Naked Cowboy. This “country legend” can be seen strutting his stuff sans-pants or shirt while sporting a guitar through Times Square. In true New York style, he even boasts his own line of merchandise. The cowboy claims to have Southern style, but doesn’t represent much genuine Southern experience.

A better attraction for the Southerner at heart is Amy Ruth’s restaurant on East 116th Street. They serve classic soul food, from chicken (fried or smothered) to Bar-B-Q ribs to good ol’ cornbread and collard greens. Amy Ruth’s is named for a native of rural Alabama who taught her granddaughter, a city-slicker, how to cook Southern cuisine. The restaurant, now ten years old, still intends for diners to feel as if they are in Grandma’s kitchen waiting on Sunday night dinner.  Sylvia’s, a more famous Harlem restaurant, now is a stop on tourist bus lines.  One can find canned food under the Sylvia label at grocery stores all over the Northeast. Amy Ruth’s is not yet as much of a franchise operation.

For those who want the courtesy and attentiveness of the South, and good music as well, there is the Rodeo Bar on 3rd Avenue. Nashville is famous for country music and good times, with “hick” bars and taverns lining the heart of Downtown. New York keeps its good times a bit more hidden. But the Rodeo Bar staff is one of the friendliest in the City, and hosts live performers, from novelty acts (The Ukuladies) to roots music (The Dirty Dogs) to acts that include the country flavor of rural Canada (Luther Wright and the Wrongs, famous for a country cover of Pink Floyd’s “The Wall,” but with a wide-ranging song list of American Bluegrass and original music).

I am still on a quest for the really real Southern experience in New York. I have not been, for instance, to the annual Mississippi Celebration that is held in Central Park, which draws former residents of the Delta from all over the Northeast. New York City makes an attempt to replicate certain traits of the South and, while it is a comfort to have a little taste of home, so far I am not sure that Manhattan does us justice. It is a nice try, y’all, but absolutely nothing replaces the heart of Southern culture: warmth, hospitality, and a genuine good time.