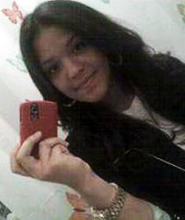 Our country was founded by immigrants and has depended on immigrants ever since. For the first time since the 1920s, immigrants coming into the U.S. illegally have outnumbered those who did so legally. During the recent campaign for the presidency, and as the Obama administration settles in fully, debate about immigration has continued even as it has been partially eclipsed by battles over healthcare and the economy.

A bill proposed by the Obama team last spring is still in process. The Bill proposes—under certain conditions—to grant legal status to illegal immigrants who have been living and working in the United States. It will also recognize spouses, children, and siblings as immediate relatives to American citizens and grant them a visa automatically.

Can such a new immigration bill be passed this year? I highly doubt it. Obama had such a huge Latino voter turnout in this election, and believes he owes it to us to get this bill passed. But during a recession, the administration needs to take time to make sure whatever action they take will truly help immigrants and not make an already controversial topic more divisive.

In the meantime, families will be forced to separate because a father or mother has to return to their native country, and only because years of effort to reach legal status have been unsuccessful. One of my mother’s closest friends is an illegal immigrant. She and her husband must travel back and forth from the United States to their home country because they only have visas. Their two boys are American-born citizens. Yet every six months, the boys also have to travel back and forth because their parents have still not been granted the right to residency after more than six years of trying. The situation works against establishing a stable home, and the children have missed a great deal of school. Such families are being destroyed and divided and they do need help now, but the issue is complicated and needs a solution that is politically workable and that won’t backfire.