International Bestselling Novel and Film: The Girl with the Dragon Tattoo 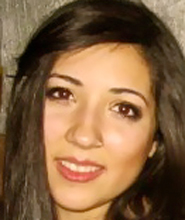 Now I’m not necessarily a murder mystery fan, but I was shaken by a fantastic film I saw this week.

The Girl with the Dragon Tattoo, based on the novel by Stieg Larsson, exemplifies everything a mystery thriller should be: it kept me guessing, shocked me, and completely threw me off guard. Not only that, but it genuinely held my interest through two and a half hours of reading Swedish subtitles.

The film begins when Mikael Blomkvist, an investigative business journalist, is hired to re-open the case of the disappearance of an heiress to an industrial company run by the extremely wealthy Vanger clan. Her uncle believes that she was murdered. What’s crazy about that? Her disappearance happened forty years earlier. What’s crazier? She vanished from an inaccessible island while the only road to the mainland was blocked. All of the prime suspects are members of the Vanger family.

Back in Stockholm, a young female computer hacker who grew up in the anarchistic Swedish Punk scene, Lisbeth Salander (played with perfect intensity by the hauntingly beautiful Noomi Rapace) is simply trying to get by. Her state-appointed social guardian is a sexual predator, she has no access to her own money and an incredibly harrowing past that remains unrevealed until the end of the film. Her predicament, however, is offset (and in a way, defined) by how much of a badass she is. I don’t mean to exaggerate, but she could easily take on an army of Chuck Norrises.

Eventually, the paths of Lisbeth and Mikael intertwine. Although they are strangers at that point, they realize that they need one another to crack a code that will solve the murder. Ultimately, the pair risks their careers, mental stability and lives out of dedication to revealing the truth.

I don’t want to give too much away, so just take my word for it; Tattoo is consistently engaging. This film is, however, extremely graphic in violence. If you are faint of heart (or gag reflexes, for the matter) I’d maybe stay home, or at least keep your eyes half closed.

Trailer for The Girl with the Dragon Tattoo
http://trailers.apple.com/trailers/independent/thegirlwiththedragontattoo/

The website of the author, a graphics artist and journalist before theinternational best-selling novels:
http://www.stieglarsson.com/

Larsson is currently a king of best-selling European authors, with more than 26 million copies of his books sold.  But he died before the first of them was published. This article reports the controversies around his life and writing. One former co-worker even claims that Larsson could not have written the books:
http://news.bbc.co.uk/2/hi/uk_news/magazine/8483574.stm