Pretty Woman is a Romantic and Shopping Classic 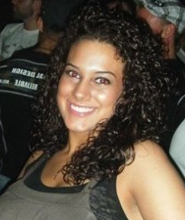 Tell me one person who it's worked out for.
What, you want me to name someone? You want like a name? Oh, God, the pressure of a name...I got it!

I bet any girl who has seen Pretty Woman can finish that quotation from one of the most treasured chick flicks. The handsome Richard Gere and gorgeous Julia Roberts were perfect in this Cinderella romance of a woman who has nothing but finds the man of her dreams. But the film is not just a heart-wrenching romantic comedy.  It features amazing fashion.

Julia Roberts, whose character is named Vivian in the film, searches for the greatest 1980s looks on Rodeo Drive. The film’s costume designer, Marilyn Vance, did an excellent job featuring her own designs as well as Roberts’ stunning figure. Remember the gorgeous red gown that Vivian wears to the opera? The gown transforms the character from her side-swept pony tail look to a star ready for the red carpet. Another favorite is the polka-dot ensemble Vivian wore to the polo match. That outfit turned heads and made the “pretty woman” of the film’s title. The plot is satisfying too. Who can forget when the prostitute Roberts plays gets her revenge on a snotty Rodeo Drive salesgirl by coming back and buying a mountain of clothes? Who wouldn’t love that?

Some might feel that this film perpetuates the myth of the knight in shining armor rescuing the damsel in distress. For most women, that is not reality. Men don’t sweep us off our feet and allow us to live happily ever after.

But Pretty Woman offers a refreshing twist on that story. Vivian is not a prostitute out of self-loathing, but because she “screwed up” her earlier life. She doesn’t practice her occupation because of a drug-driven life of misery. Rather, Vivian is a “safety girl” who uses her earnings to survive. She always uses condoms, doesn’t do drugs and never works for less than $100, which ensures that she can pay the rent.  Vivian learned how to make even that job the best that it can be.

The character that Roberts plays also has integrity. Her call-girl experience has given her brushes with lives full of money and extravagance, but she rejects those things when Edward offers them to her.  She does not want to be a kept woman when she can pursue dreams on her own. Prostitution taught her that she wanted a life of pride in herself and dignity—sans the blonde wig.

A review of Pretty Woman:
http://www.filmcritic.com/reviews/1990/pretty-woman/

An article about the realities of high-end prostitution from The Economist.
http://moreintelligentlife.com/node/964

For people who cannot get enough of 1980s fashion:
http://www.liketotally80s.com/80s-fashion.html