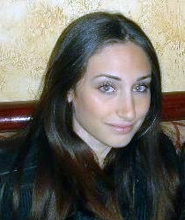 Michael Jackson spent his career in the spotlight from childhood. Now that controversies about Jackson have slightly diminished in the media, he will be featured in a video game that promises its purchasers that they can dance and sign just like the music icon.

The game is a product of Ubisoft, the booming French corporation that also created  “Assassin’s Creed” and “Avatar” games. Michael Jackson’s estate must approve the production of all such products.  However, I think that companies are  trying to squeeze every possible dollar out of Jackson’s name using every opportunity, for example with the film This Is It,  which showed rehearsals for the tour that Jackson was preparing for when he died.

I would consider purchasing the Michael Jackson video game despite my lack of singing or dancing skills, because it will offer a great opportunity to get reacquainted with the star and some of his greatest music.  Jackson deeply affected both music and fashion, influencing Chris Brown, Justin Timberlake, and Whitney Houston, just to name a few current entertainers among those he inspired.  The game will be one means by which his memory and legacy might live on forever.