So You Really Want to Get Published? 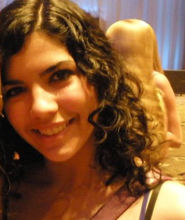 You know that newspaper most every subway rider in New York City reads every morning? It’s called Metro and I am an intern there. I’m not the typical fashion intern working in a closet full of sample clothes. I work as an editorial intern who not only gets opportunities to write but to be published.

The skills you can learn with an internship at a newspaper, rather than at a fashion magazine, are monumental. Most fashion magazine internships will not permit you to write for the magazine. Although there are exceptions, sometimes the editorial process at newspapers is more demanding than at fashion magazines because the content of the newspaper is factual and must be accurate, as opposed to fashion writing that is based on opinion.  A solid training in accuracy is important for any writer.

Metro allows for a true journalistic experience. New York’s largest global daily newspaper reports national, international, and local news as well as sports and features. For interns in the features department, writing about fashion, celebrities, and all things pop culture is our specialty.

On my first day at Metro, I sorted the mail. While this may seem like a trivial and tedious task, I enjoyed it. This wasn’t just any mail. It consists of four to six bins full of books, music, T.V. show seasons, and movie press kits. The best part of all is that the editors can assign you (or you choose yourself) a project from something in those bins. My first writing assignment at Metro was to write two book reviews, interview the authors, and send it in to be edited by a deadline. It can be a stressful process, but it is so worth it.  To date, I have seen my contributions to Metro’s publication in the daily newspaper itself.

In addition to helping write pieces of the YELP reviews column, I wrote a profile on Danielle Evans, an up and coming short story writer whose literary debut was just released. I am also working on an interview and profile about the Broadway star Patti LuPone. Seeing the work you do for a company acknowledged in print for all New Yorkers to read creates an incredible feeling. It’s almost like looking over the shoulder of your neighbor on the subway who happens to be reading Metro and saying, “I wrote that!”

How to get an internship at a newspaper

A database for jobs in Journalism