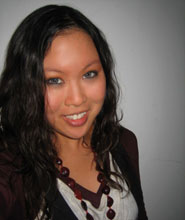 Many people were recently upset by the possibility that their astrological sign might not really be their sign if the relative position of the sun, earth, and stars across the centuries were fully taken into account.  An Aries might become a Taurus, and even more shocking changes could happen.  But astrologers quickly said not to worry—your personality and your fate still are what they were before.

The episode started with an astronomy professor talking to a reporter for the Minneapolis Star-Tribune about the movement of the zodiac-constellations relative to the Earth’s rotation. Professor Parke Kunkle, of Minneapolis Community and Technical College, was quoted as saying “Three thousand years ago, the Sun was 'in' whatever it was in.  Now it’s about a whole constellation away.”  His remark went viral on the web, then FOX News, ABC, and NBC TV all quickly picked up the story.

If the science of astronomy were the same thing as the predictions and interpretations of astrology, Professor Kunkle’s observation might have required that astrologers adjust the birthdates required for belonging to a particular sign.  But astrology websites and other sources almost immediately condemned such heresies.

Then it came to light that the ancient astrologers who used the zodiac symbols in their descriptions of people and predictions actually had taken into account the wobbling of the earth and the changing position of the Sun relative to the zodiac constellations.

Besides, the astrologer Rick Levine said in The Daily Horoscope, astrology is not just based on the position of the sun and stars, but on “the four seasons.” There are four signs for each season; that would never change.

Some media reports had gone as far as to say that the adjustment of the dates due to the movement of the sun and zodiac constellations required a “13th sign,” Ophiuchus. A small minority of astrologers (Levine says 1 percent) already use Ophiuchus in their “constellation-based” astrology.  One comment about The Daily Horoscope article and the debate said, “Gotta love articles that fix false information with...false information about...a false science.”

So, do Americans believe in astrology anyway?  Almost exactly a year ago, a Pew Forum on Religion and Public Life poll, a reliable source, found that about 25 percent of Americans said they “believed in astrology.” Yet exactly how much they believed, or whether they would make a serious decision based on astrology remains unknown.  The popularity of astrology sites, magazine pages, and books, however, is not in doubt.

Perhaps the lesson of all the attention that the “Your Astrological Sign May Be Wrong!” story received is the indifference of leading news companies to whether they are reporting about science or about imaginative symbols.  If you feel that people’s personalities are influenced by their birth date, or if you do not, wouldn’t you still like reporters to check whether there is evidence for their story or not?

The Daily Horoscope says that astrological signs have not changed:
http://www.dailyhoroscope.com/horoscope-headlines/ophiuchus-the-13th-zodiac-sign

Astronomers say that ancient astrologers already knew about the wobbles in the earth’s position relative to the stars:
http://abcnews.go.com/Entertainment/zodiac-signs-2011-zodiac-sign-wrong/story?id=12609264&page=1