I am Pro-Choice. Are You? 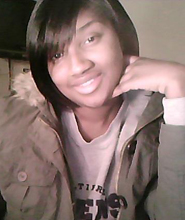 Since 1973, when Roe v. Wade was affirmed by the Supreme Court, women have had the option to legally terminate their pregnancies.

People are often quick to disagree, and claim to be Pro-Life, even if they have not necessarily considered the arguments pro and con.  So, let’s address some of the frequently raised issues.

The most commonly accepted argument against abortion is that it is against many religions. The conservatives who support this defense are assuming that every woman who chooses to receive an abortion is religious. Also, the argument violates the First Amendment of the Constitution, which states that there should be separation between church and state. Religious objections to what the public and the courts deem acceptable can always be raised by protests, legal action or other means. But how often are religions scrutinized for their objection to the rights of gays or others in the LGBT community?  How does one decide which group of persons are more deserving of rights than others?

Another Pro-Life argument is that abortion is murder. Although one has every right to consider abortion murder, in the same breath one has to acknowledge that the murder of someone who has not been born is not the same as other kinds of murder.  Should the same word—and thinking—apply in both cases?

Finally, another argument against abortion depends on the idea that abortions are used as a convenience for the mother, and enable her to continue to make mistakes. It is amazing that the same people who argue against abortions also argue against sexual education and contraceptives. How can it possibly be expected that if young women aren’t educated about, or afforded the means to protect themselves against unwanted pregnancies, they will avoid those mistakes and raise healthy, well-cared for children? This reasoning seems the most illogical of the arguments. Many women who become mothers when young do not finish their educations, and their children are brought up in undesirable environments.

Statistics show that every two minutes someone in the U.S. is sexually assaulted. Are those women expected to carry a pregnancy to term? Should our choice be denied because of religious objections to it?  As far as I’m concerned, doctors should be the ones advising about medical situations—not the church or the government.  That’s why I am Pro-Choice. Are you?