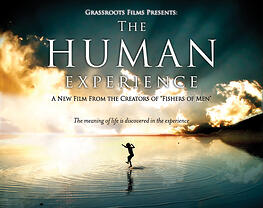 The Human Experience is a captivating documentary that really makes you think about life. Two brothers, Jeffrey and Clifford Azize, decided to go forth and see what it's like being in other people's shoes. They did 3 experiments.

#1 They both experienced what it was like being homeless in New York City in the middle of one of the coldest winters. Not only did they sleep outdoors, they roamed around the streets, begged for money, visited a homeless shelter, and even talked to other homeless people about their perspectives on life. The people they chatted with mostly believed they are still alive for a certain reason and appreciate the fact they're still alive & surviving.

#2 Then they visited Peruvian orphans. These kids deal with illnesses, disabilities, and/or were abandoned by their parents. Despite all that, these children have such a positive outlook on life.

#3 After, they visited a village of isolated Ghanian lepers. The people there suffer from leprosy, which according to PubMed Health is: "Leprosy is an infectious disease that has been known since biblical times. It is characterized by disfiguring skin sores, nerve damage, and progressive debilitation." Even they have a positive outlook on life as well.

I was able to interview one of the brothers, Jeffrey Azize, about the movie:

According to the movie's description, the film really proved this statement: "By spotlighting heartwarming stories from around the world, this uplifting documentary shows viewers that every single person, no matter his or her lot in life, is beautiful."