Fashion Week from All Angles 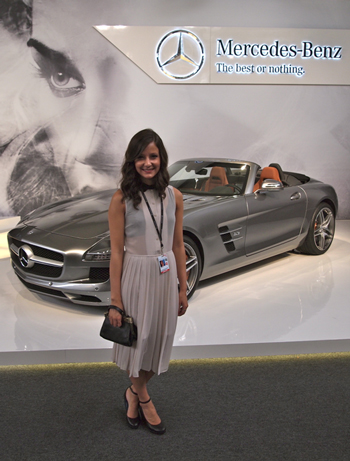 Posing with the glamorous Mercedes at the entrance of the event. 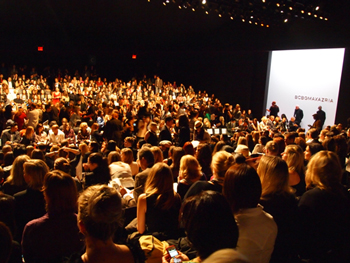 My view of the crowd at the BCBGMAXAZRIA runway show.

I feel eternally grateful and amazed that I was able to experience both aspects of this season’s Fashion Week, both in the audience and behind the scenes, especially since I’ve only been in the city for a few of weeks. A friend of my mother’s offered me a position as an assistant for her production company, which meant that I got to attend a few of the fashion week shows. On Thursday, I attended the BCBGMAXAZRIA show as my first ever runway show, and it certainly did not disappoint. Other than a slight lack of variety in the types of garments, the collection was flawless and an absolute feast for the eyes. 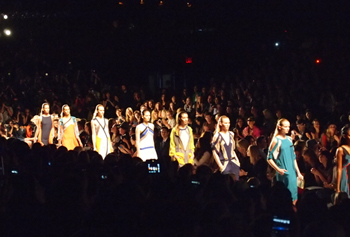 A shot of the final walk at BCBGMAXAZRIA—bright blues, greens, and yellows were incorporated into detailed dresses that are perfect for a glamorous beach getaway.

The next day, I attended the Project Runway show. As a loyal viewer of the show, I found this to be the most exciting event; I was able to watch the filming of the final episode, which I plan on watching on television in a few weeks. I was giddy and thrilled to see the judges in person, from Michael Kors to the gorgeous and adorable Heidi Klum. Each designer’s collection had a highly different inspiration, and the show kept me guessing and forming predictions about who this season’s winner might be. 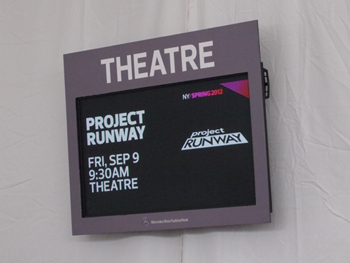 A shot taken while standing in line and waiting anxiously to enter the
Project Runway Show (the filming of this season’s finale!). 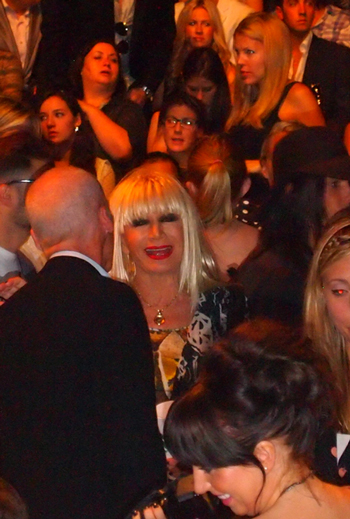 Celebrity sighting: The eccentric Betsey Johnson seated a few rows in front of me! 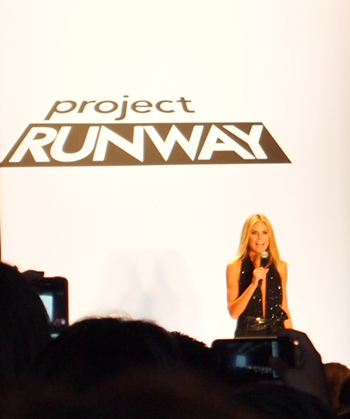 Heidi Klum looking elegant as ever in a sparkly black number
as she introduces the Project Runway designers. 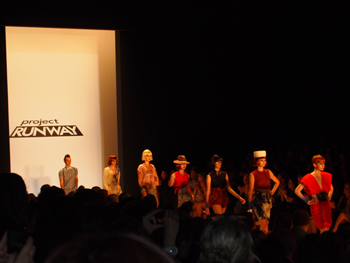 The final walk of my personal favorite Project Runway designer collection –
you’ll have to watch and see who it is!

The end of my Fashion Week consisted of the most important experience of all: volunteering at the Timo Weiland runway show. After arriving and excitedly changing into our Volunteer shirts, we were given a short tour of the venue and were immediately put to work preparing the gift bags. We created an assembly line and stuffed the tote bags with everything from coupons to shampoo, then placed them by the seats along with the Run of Show. Luckily, we were allowed to watch the runway show when the work was done. Even though this was Timo Weiland’s first fashion week show, the production was impressive and consistently attention-grabbing. Their funky, fresh collection and upbeat soundtrack left the audience clapping wildly and offering a standing ovation. I even left the show with a gift bag of my own, not to mention the memories of a fantastic volunteer experience.

It was surely a dream come true for me to have experienced New York Fashion Week in such depth and participation. I only hope to continue participating in the prestigious event and getting more first-hand experience under my belt. Cheers to fashion as it continues to develop and evolve with each new season! 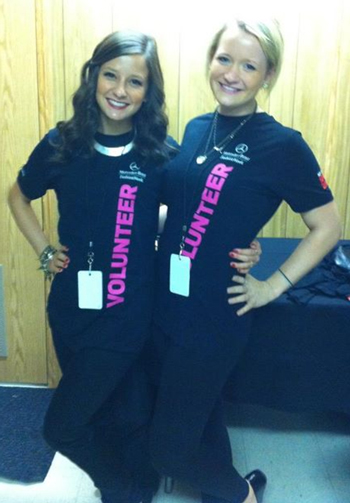