The Many Faces of China: Part II

Arriving in Beijing, a city teeming with 25 million people, one encounters a mix of the modern and old worlds. The modern is represented by towering skyscrapers, fancy cars, and fast-growing wealth, while the old world is marked by the Forbidden City, the Summer Palace and of course the Great Wall.

On one of our day trips we passed stores for luxury fashion brands such as Vuitton, Piaget, Prada, and Chanel, as well as Mercedes, Ferrari, Maserati, Audi, and BMW showrooms, all within minutes of each other. Yet the average wage in China remains below $2,000 per year per person, hence the contradiction. 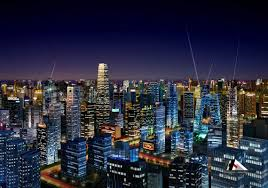 In the past 35 years with Chinese economic reforms there have been great fortunes made (with more to come) coupled with an emerging middle class estimated to be over 300 million people, or roughly the size of the entire U.S. population. But that still leaves well over one billion people living at or below the “poverty” line. The nouveau riche are evident everywhere you turn (Chairman Mao must be rolling in his tomb). The past 35 years in China have seen unprecedented growth, mainly in the first-tier cities, although the pace seems to be slowing, which is orchestrated by the government, but only slightly.

The way it was told to me while on the trip was, “30 years ago the average Chinese citizen dreamed of owning a bicycle, 20 years ago a new motorcycle or scooter, 10 years ago a car and a house.” Unbelievable!