Photo bombing! Although the number of non-Chinese visiting and living in China is on the rise, for many it is a unique experience to see Americans. Because of this, the local Chinese want to have their picture taken with you. As a group, it would be safe to say that our pictures were taken with Chinese nationals over 500 times. 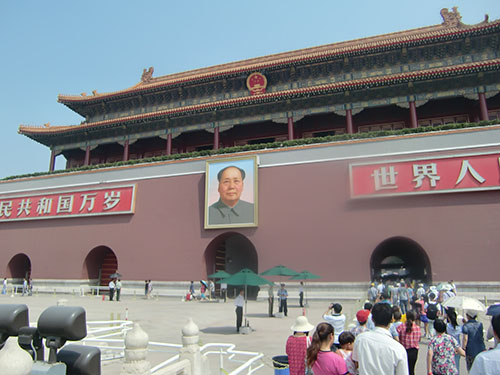 From the first stop in Tiananmen Square to the airport in Shanghai, totally random people asked us to have our picture taken with them. They would select who in our group they wanted to have the photo taken with and just ask. Or some would use the stealth approach and sort of sidle up next to you as if you did not know what they were doing and one of their friends would snap a picture. This was quite a unique experience -- almost as if we were not just fashion students and faculty, but fashion celebrities.

On the cruise around Shanghai, several of us were snapped with an entire family at one time and a group of 12 women asked me to pose with each one of them! At one point I too started to get into the spirit and was walking up to random people and jumping into their photos and they loved it. No doubt we will all show up on the Chinese version of Facebook. For the two weeks we were in China it was pretty cool, but it would get old fast if I lived there. 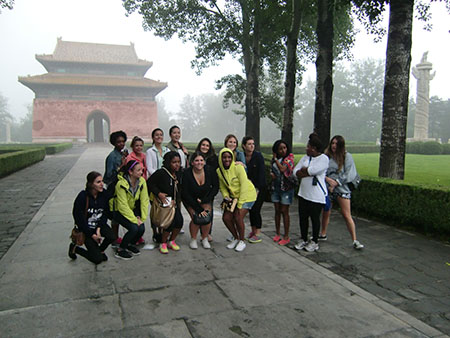 The Americanization of China.  While traveling around I could not believe the amount of American brands, both retail and food, especially in Beijing and Shanghai. TGIF, McDonald’s, Starbucks, Papa John’s, Dairy Queen, KFC, Burger King, Pizza Hut, Sizzler, and even a Hooter’s, as well as many U.S. apparel and accessory brands. The funniest thing I encountered was in three of the cities we visited they had sections called SoHo.  I asked the tour director in each and they did not know what the reference was, only that it was a cool, fashionable place in New York City. What next?