I was not expecting to find an adventure when traveling from Florence to San Marino, but I certainly got one regardless. The tour group was relatively small and we traveled by van for what felt like hours before we finally made a necessary rest stop. This was a rest stop unlike any other and to this day it is all a blur because it all happened all so quickly. 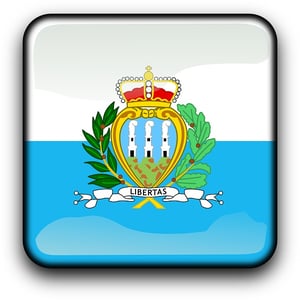 We loaded off the bus, but it really felt like we were climbing out of a clown car and went inside the rest stop. I have never seen so many people going into one place at once, it become evidently clear that it was the only stop for miles.

At the bathroom there was a turnstile and I was in quite the rush to go to the bathroom, but clearly I was not the only one because when I had the feeling that the turnstile was moving a little bit slow, I turned around to find a little old man sharing the turnstile with me. Out of the two of us I was the only one who thought that it was weird and a bit too close for comfort.

It was a fairly big rest stop and there was no question where the bathroom was as I watched the crowd of people shuffle down the stairs. At this point I’m starting to think that my mom, Judy, and I should have declared a meeting point to go if we were separated.

Judy and I were waiting in line for the bathroom when a bunch of older women, mothers and their children were all going in front of us in an unusually rushed manner.The only way I know how to describe it is if you have ever watched Survivor, it’s the challenge where they all run to grab something perched at the top of a totem pole, but someone trips you making you the last one to get to the totem pole or in this case, the toilet.

After surviving this particular challenge we went back upstairs to leave but then quickly realized that we didn’t know where to exit so we stood there long enough to witness not one, but two women climb and bend between the metal bars showcasing their flexibility to get out which led us to beg the question, is there something that everyone knows that we don’t? Were we in a rest stop or a rush stop?

After a few moments of confusion we walked through the area of the rest stop that was the store where you could buy your Christmas decorations, limoncello, snacks, and pool toys, you know your basic rest stop needs and alas, we finally made it to the light at the end of tunnel, the exit. We then piled back into the clown car and sat in silence before laughter started to echo. “What just happened?” were the only words that came to mind.

Back on the bus I became convinced that our driver was actually a student driver taking his road test to get his license and no one ever told us. If part of that test was making sure all the passengers made it from one destination to another without experiencing whiplash, that I now believe was complimentary and in small print somewhere on the brochure, then he barely passed. I am happy to say that the ride there was no indication of what I was about to experience in San Marino.

Read the next blog for details about San Marino!