Planning For My Senior Co-op Abroad

Sabrina will be doing her Senior Co-op at Fota Island Resort in Cork, Ireland.

Have you ever believed that maybe (for once) you managed to prepare for every contingency? I knew that interning abroad was never going to be as easy as deciding to do it. I prepared for what I thought was every eventuality.

At first it seemed like finding a place where I could do an internship would be the hardest part. Let’s face it, interviewing is rough: mentally, physically, and emotionally. I got through it, I got the offer, and I accepted it. 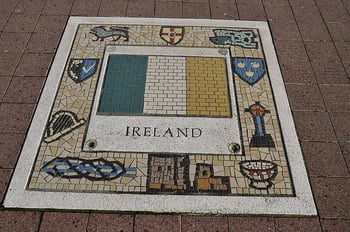 Approving the position with LIM was important, but I was already worrying about entering the country legally. The first step? Visiting the Irish Consulate in New York and speaking face to face with an Irish representative.

On a sunny day in April I did just that, and was told to come back the next day because the visa office was closed.

So the next day I entered a midtown monolith and took the elevator to the 17th floor. I sat down in a waiting room, not unlike a doctor’s office, and waited to be called.

I spoke with a kind woman who had a comforting Irish burr. She told me I didn’t need an Irish Visa (I am a U.S. citizen), but that I would have to contact the Irish Justice Department to double check what else I might need. She gave me the URL for the website and her name and I walked out of that building glad I wouldn’t have to pay for a visa (think lots of $$$).

I scouted the website (www.justice.ie) and found the appropriate email address. I emailed them that day. Three days later I had my response and this is what they said:

Now remember, I was worried from the get-go about doing this thing right. I wanted my t’s crossed, my i’s dotted. I found an email address for the GNIB and sent another long email. Business school prepares you for a lot of emailing, and how to successfully get a point across. I wanted to be understood and reassured.

I told them I needed to register with them, asked what I would need to provide (although I had found a list on their website) and asked that they confirm where I could register when I arrived. That was late April. They didn’t respond quick, or at all, and I figured I was still prepared enough.

Two months later, one world-stopping vote (Brexit), and I got my response. It seemed I hadn’t prepared enough, and my flight was eight weeks out.