A Ghoulishly Fun Halloween at LIM 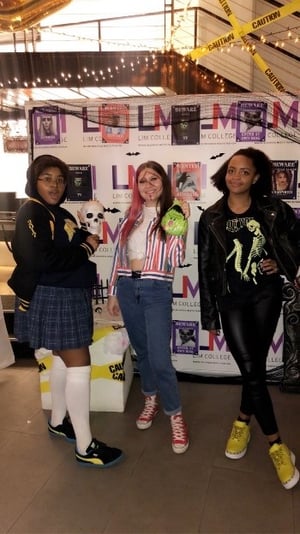 For Halloween 2019, LIM’s Student Life office hosted a wonderful event that included fun activities and a lot of delicious snacks. I was fortunate enough to attend the event, which was hosted in Maxwell Hall’s lobby from six to eight.

Walking into Maxwell’s lobby, I was greeted by two students who work in the Office of Student Life—they checked me in and handed me a goodie bag filled with candy and some cute Halloween-themed stuffers.

The Halloween decor was amazing! They really captured the spirit in the lobby—they made the room dark but incorporated nice dim lights which gave a spooky effect. I really enjoyed seeing the small ravens around the tables, which were covered in spider webs and bat decals.

There was also great music playing, and a scary movie in the background that added a nice feel to the event. Different stations were set up with food and activities. Overall, the decor was great! 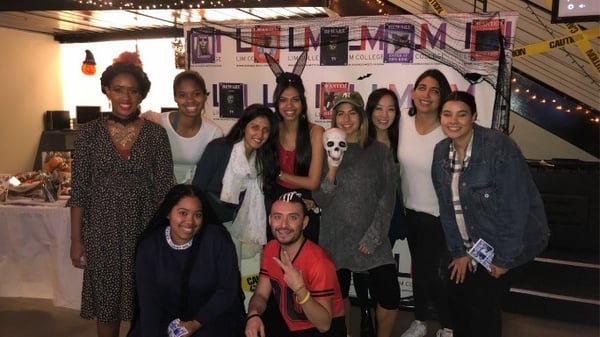 My favorite parts of the event were the photo booth and the pumpkin decorating contest. The photo booth was a great way for everyone to take cute group pictures in-costume, and every activity allowed students to make friends. 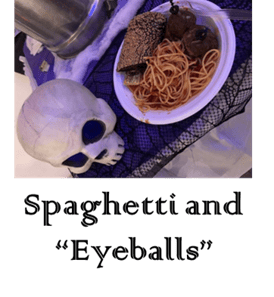 Dinner was “spaghetti and eyeballs”—for beverages, they had “acid” and “vampire blood,” which was inside a syringe you had to squeeze into a nice cold cup of Sprite. Was it good? Yes! It was. The food was vegan, so everyone was able to enjoy it. For snacks they had candy, frosted sugar cookies, and popcorn.

One of the games we played was The Bride of Chuckie. To begin, everyone was broken into teams and given five minutes to choose a “bride,” create a wedding dress design, and using toilet paper to create the dress.

If the Office of Student Life throws another Halloween event next year, I’ll be there! Who doesn’t like free food and making new friends? 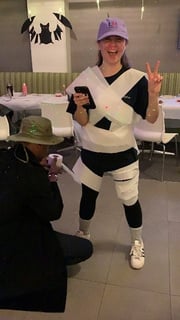 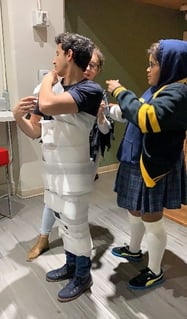