A Look Into Earth Ethics

Marc Yaggi is the Executive Director of the Waterkeeper Alliance, which is the biggest and fastest growing nonprofit that focuses on keeping water clean. Yaggi has dedicated 20 years of his life to environmental advocacy and expanding the water-keeper movement. His mission is to lead with the daily public issues of realizing the vision of drinkable, fishable, and swimmable water worldwide.

Yaggi served as a Staff Attorney with the Environmental Law Institute in Washington, D.C. and has a degree in Administration of Justice from Pennsylvania State University. Along with that, he has a J.D. and an LL.M. in Environmental Law from the Pace University School of Law. Based on this, I know he cares about the environmental and social importance of clean water. 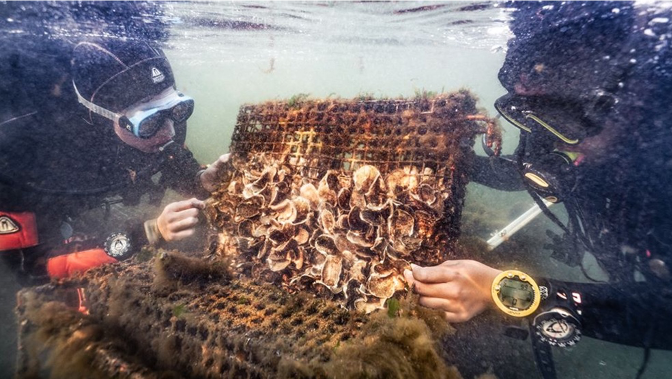 I got the chance to hear Marc Yaggi speak as a guest during one of my LIM College classes. Yaggi started his speech with saying how water is the most important natural resource. We grow crops with it, we bathe in it, and we wouldn’t have clothes without it. He discussed how the Waterkeeper Alliance was developed; he said the organization's connection with waterways goes back to the 1960’s and New York Hudson River. He stated that the NY Hudson River played a big part within the advocacy of clean water.

Back in the 1800’s, the Hudson imported goods such as oyster baits. The Hudson was once where everyone went to get their oysters. New York, at the time, was called the Oyster capital. However, waste was pushed into the river and it became overwhelmed by pollution. Many people started to become sick. There was one Chicago politician who ate an Oyster and died. That became the birth of Waterkeeper Alliance.

Oils were being released into the river which turned the river black, red, and blue. The fish tasted like oil and the fishermen were furious. By 1963, the river keeper’s job was to protect the public trust code and construction, and to be the overall eyes of the river. On the first Earth Day in 1970, the Clean Water Act, Endangered Species Act, and many other acts became introduced. However, these are the same acts the Trump administration is discussing getting rid of.

Fast forward to the present, the Waterkeeper Alliance has responded to the lack of resources and acts upon advocacy on the global scale. Today, the organization is in 250 cities, 46 countries, and 6 continents. I think water is important because we can’t live without it. As Americans, we take for granted what many continents and countries don’t have. Unfortunately, Americans didn’t realize it until it came on our doorsteps in Flint, Michigan.

The water crisis in Flint came about in April 2014 when the city's water quality became unacceptable due to the aging lead and high levels of neurotoxin. Officials never acted in an urgent manner, and many believe it was due to the city being an impoverished, urban, and minority community. Flint is still in this crisis seven years later, and citizens just got the “okay” that they are able to sue the state because of the crisis.  Just recently, Newark, NJ has had a similar crisis, and I know because I lived there last year. It’s important to me that the Waterkeeper Alliance does more advocacy within urban communities because it seems that those communities are more at risk.

I feel so passionate on this topic because it happened to a community I lived in, and it becomes traumatic when you don’t have anyone on the front-lines fighting for you.