An Amazing Experience on My First Day at LIM

Growing up in Pittsburgh, Pennsylvania, you don’t have the same opportunities as someone who grows up in New York City. I was only about five hours away, but I didn’t come to New York nearly as much as I should have. When I moved here, I wanted to do anything and everything I’d never done before. 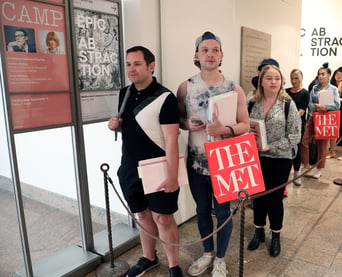 On the first day of my freshman year here at LIM College, I found myself with a six-hour break between classes, so I decided to go to The Metropolitan Museum of Art. I’ve always loved going to museums on my own—I knew the CAMP Exhibition was up, and I didn’t want to miss it. When I went up to the exhibit, the museum advertised a book signing with Anna Wintour and Andrew Bolton. I didn’t think twice about getting in line … and waiting for over four hours alone. All I could think about was middle school when we were all asked, “Which famous person would you have dinner with?” and 15-year-old me didn’t hesitate to say Anna Wintour. Anna Wintour was the reason I wanted to go into the fashion business, and I knew I had to tell her that.

Hours went by pretty fast, I made friends who flew all the way from the United Kingdom just to meet her. We also got to watch crew members paint the wall pink, because Anna apparently didn’t like the plain walls, which seemed like classic Anna. When she arrived, she immediately put her sunglasses on, also classic Anna. 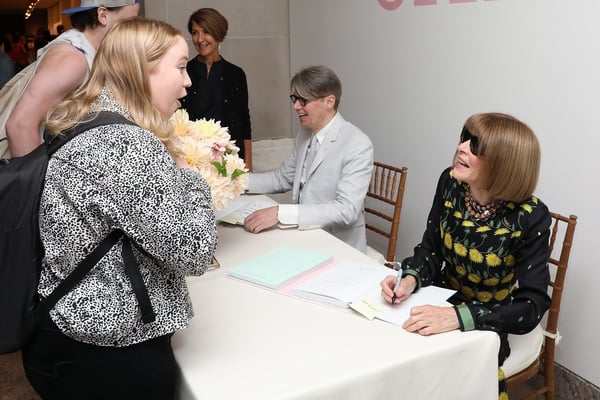 Before meeting Anna, I had to plan what to say, but I knew I would mess it up. When I finally approached her, I was telling her how she was the reason I decided to become a first-generation college student and how she inspired me to go into the fashion business. She smiled and said “Thank you, I truly appreciate that.” She then proceeded to sign my book “See it five times,” referring to her CAMP exhibit.

Ever since moving to New York, I have had amazing opportunities like this one. I’m so happy I get to spend the next four years here.