In our Product Presentation class we had the opportunity to create a full mannequin display for LIM’s Fifth Avenue location. After being told that Henri Matisse would serve as our main inspiration and being given instructions to design a window display and four plexi display cases geared towards the Macy’s customer, we were eager to get to work.

We targeted our design to reflect Matisse’s later work comprised of paper cut-outs, often referred to as “Painting with Scissors.” We created 3D replicas of these cut-outs to scatter as our background on a very stark white gallery-feel wall as a backdrop.

We chose to use a blue mannequin that was very feminine and whimsical to represent Matisse’s blue nudes work. Our team believed that a transparent kimono was the best way to maintain the imagery that Matisse aimed to portray in his blue nudes. Everything in the display had a purpose and intent, from the curve in our second half-wall that was placed a foot forward to add dimension and depth, to the shadow reflection of Matisse’s signature to add emphasis on our last plexi case. 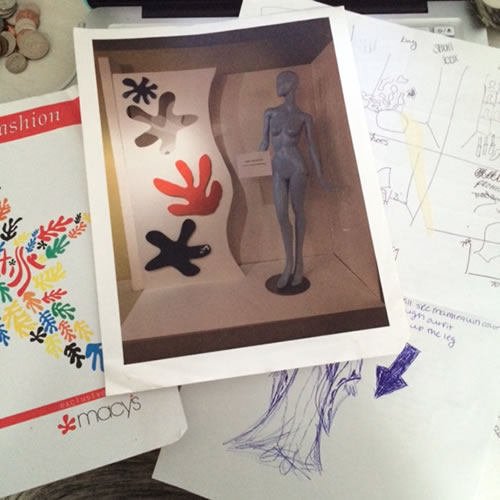 I took on the marketing and promotional aspect of the project. I developed a flyer and coupon using Illustrator to convey the “collaboration” between Matisse and Macy’s for the Springtime event. Below is the logo focal point I designed and created exclusively for the display. 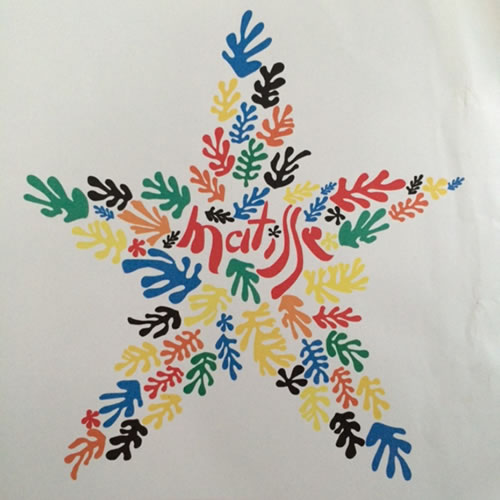 This was a very fun and interactive project. As it was a small group project, challenges did present themselves, but we all had the passion to power through it and deliver an eye-catching visual display that was both aesthetically pleasing and educational. 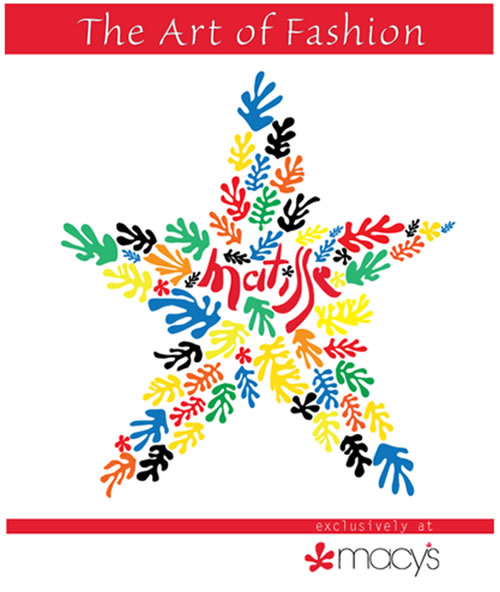