When I first got accepted to LIM College, I could not stop telling people about how the college provided us with opportunities to work at NYFW.

I’m currently a junior, which means that I’ve had plenty of opportunities to volunteer. I want to share some of these experiences, because when I started, I had no idea what to expect. All I knew was that this was something I was utterly excited about.

My most memorable volunteer experience was at Lincoln Center, when I worked for Richard Chai. I had to be there at 7:30 am though the show didn’t start until nine. The first half hour was spent waiting, until I started checking in the models as they arrived. Then I was placed in a group that filled gift bags and later distributed them. All the seats at Lincoln Center were benches, so we had to tape “seat numbers” on different areas of the benches to match the ticketing system.

While all this was happening, there was a run-through of the show, along with the press interviewing Mr. Chai himself. When the doors opened, the ticket holders were the first admitted, celebrities came in through the back and the general public was let in last. I got to show the Jonas Brothers and Colton Haynes to their seats, as well as help Louise Roe with a small shoe malfunction.

Later I was placed in a different section where I worked with a fellow LIM student to show the general public to either seats or the standing area. The show lasted for about 10 minutes, and after that, everyone rapidly left. We efficiently cleared up the place, and I ran to my next volunteer event.

The next one was for Fashion Palette, an Australian organization that allows Australian designers to show their designs at NYFW. This experience was quite different from the one at Lincoln Center. Here, I steamed dresses with what seemed to be hundreds of layers for four hours, before the show started. Later, I was placed on dressing duty. “Dressing” simply means that you dress and undress the models before, during, and after the show. This is to protect the clothes, and change them as quickly as possible.

We were a team of three, and our model wasn’t very nice to us because we were having some difficulties with the shoes. When this happens, remember that everyone is under a lot of stress and pressure, so it’s your job to keep it cool! She apologized after the show, and was incredibly sweet to us.

The last experience I want to share is what happens when a company books too many volunteers. I volunteered for Novis during spring 2014, and we basically ended up not doing anything for almost three hours. It became a strange combination of eating snacks that were offered, and walking over to the organizers and asking for tasks. Over and over again. I still remember how full I was.

This next one wasn’t a fashion show with a traditional format, but one where the models stand in a designated spot. You have to remember to be prepared for all types of weather and wear layers! I was tasked with standing in the doorway handing out programs and it was rather cold!

So, these are three very different experiences from one of the most eventful weeks in the industry. Before you volunteer—be aware that there are both good and bad experiences. And, rather than getting angry or upset about things, soak it in and learn from it. Don’t let people offend you, and remember that everyone is stressed out during the week and usually not aware of what’s happening at any given moment. Sign up and have fun with it! Meet cool people, and eat good food. If you’re lucky you’ll get a gift bag! 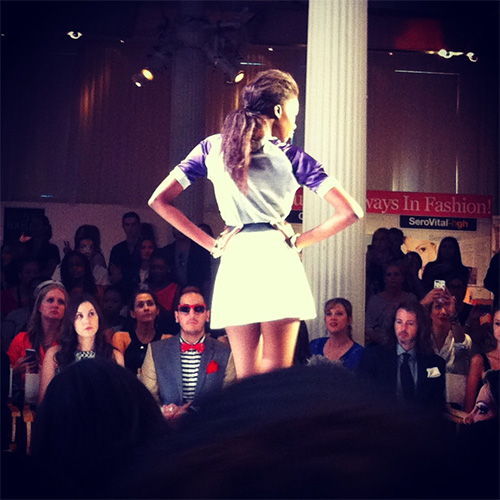 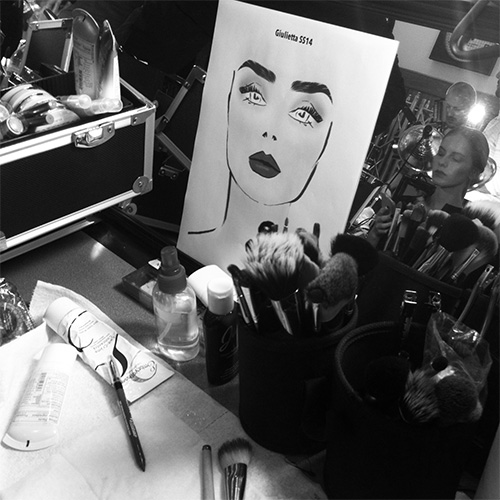 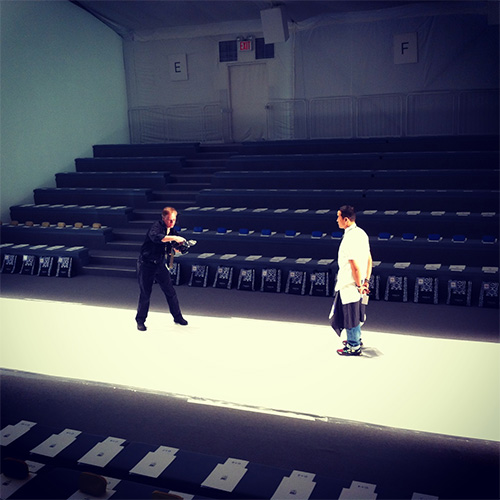 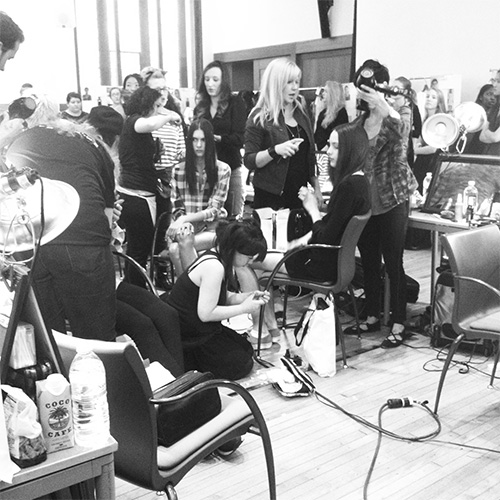