Fashions Hits and Misses in 2015

2015 was the year of 70’s inspired vintage trends like, camouflage, ankle booties, and versatile denim. There were hits and misses in fashion in 2015, and while some of the trends should continue, others should probably perish. 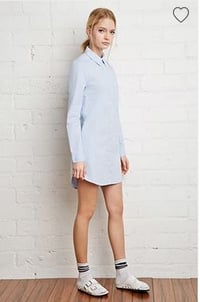 The shirtdress was widely popular in the spring and summer of 2015. The trend is laidback, while still looking put-together at the same time. Anything that has great flow and looks chic should continue as a trend.

Black and white was all over the runways in 2015 and DKNY and Public School were a few key designers that embraced this color combination. You really can’t go wrong in black and white. The colors look chic and classic together and black and white will probably never go out of style, which is a good thing since living in New York City black is the go to color. I predict that the black and white color combo will be here to stay in 2016. 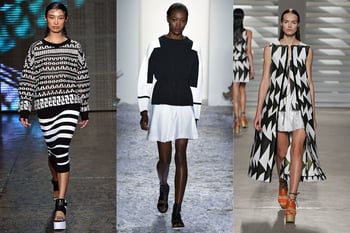 Denim will also likely never go out of style, but how you wear your denim can. In 2015 it was all about loose fitting denim with wide leg denim being hugely popular. So, the boyfriend jean was still in style and baggy jeans gave a cool girl feel. The mom jean was another type of denim that was popular in 2015, but let’s be real — no one wants to look like their mom so maybe that fit will stay in 2015. 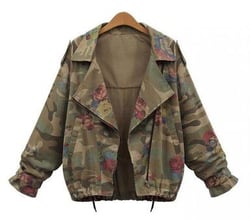 Military greens were a huge hit in 2015. During the spring, summer and fall of 2015 military green was a color everyone wanted to wear. The olive green shade looks good on almost all skin tones and is great served up in a bomber jacket. Military style pieces were a huge success in 2015 and this should continue in 2016.

Leather and plaid will always be an essential for the fall and winter. In NYC the amount of leather you see is outrageous (in a good way) and a black leather jacket is a staple piece for living in NYC. There’s no question that leather was a huge trend in 2015 in black with studded details or accessorized with funky pins and patches and plaid looks great with leather jacket too! Plaid and leather is a match made in heaven. Pair the styles together for a grunge overhaul and look amazing! 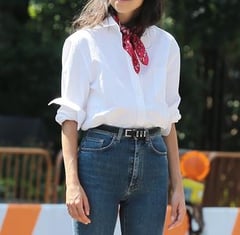 Skinny scarves and bandanas made a knot in fashion in 2015. The neckwear debuted in stores like Zara for under $30 and the skinny scarf takes your traditional bulky scarf to the next level adding a chic look to almost any outfit. The bandana from your childhood also made a return in 2015. Knotted and tied in the front, it adds a little street edge to your wardrobe. The bandana can be dressed up or down, so it’s no wonder why mega fashion bloggers like Julie Sarinana @sincerelyjules, and Danielle Bernstein @weworewhat love the bandana look so much as it’s cool and versatile. 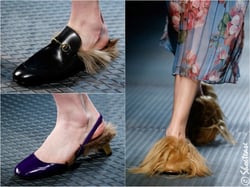 The furry footwear trend popped up on the biggest runways and on the chicest bloggers. For example, the Gucci fur loafer appeared in all of last year's top fashion magazines. For me, this trend was a miss for 2015. If you’re a super fashion blogger you can pull it off, otherwise you just look like you have hairy feet. Fur is great to wear in the winter in New York, but instead of on your feet, try on your head or around your neck. The furry footwear trend just isn’t wearable for the everyday woman. 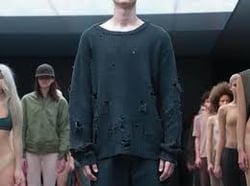 This just needs to go! I’m talking about Kanye West’s Yeezy line of overpriced sweatshirts with holes in them that should definitely be left in 2015. No one (especially people in college) should spend 450 dollars on a cotton shirt or 800 dollars on a sweatshirt. Instead of spending your money on a sweatshirt that costs the same as a class for a semester...save it. 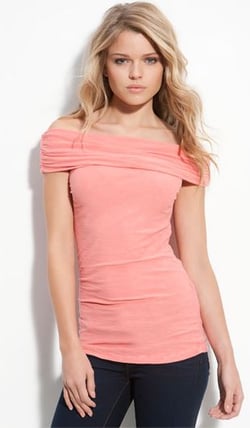 As cute as it is to show a little shoulder, it’s not appealing to look like you’re in a straight jacket. Off-the-shoulder tops are vintage-inspired and were right on trend with the 70’s-inspired runways in 2015, but when the look is done in a tight off the shoulder style, it looks like you cannot move your arms to function. 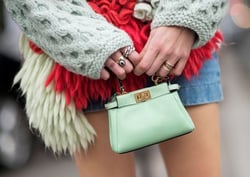 We all use handbags everyday, but the obscenely small micro handbag has to go. Realistically, a 4x8 purse is not going to fit your wallet, keys, and make-up, let alone having room for the other everyday necessities. And you can forget about getting a notebook or textbook in there.

The mid-calf boot/ankle boot was a huge trend in 2015 and follows that 70’s vintage trend right on point. And, pairing the boots with culottes or wide leg pants is super trendy. I must admit that I'm guilty of owning a pair, but if you have the slightest bit of a calf, the boots can, well, bcome a calf muffin. That’s a muffin top on your calf. Not cute.