How LIM College prepared me for my first job in NYC

One of the best things about living in NYC is the fact that you never know what’s waiting for you right around the corner. Being an international student, I have had a hard time getting a job for my first required internship class (Industry Exploration). Originally I was hired by a company that ended up closing down a week after they hired me – talk about tough luck.

However, they say that everything happens for a reason, and I could not be happier to share that I was officially hired as a Store Coordinator/Administrative Assistant at Michael Kors global flagship store (520 Broadway).

At LIM College, we learn the importance of networking and always being on top of our online presence and appearance. Blogging for the college, having a personal blog, being on Twitter, Facebook and Instagram certainly allows people to learn a lot about you before even meeting you. One of the main social media outlets where you really have to show your best side is LinkedIn. I constantly stay on top of my profile, and try to show that I’m active on it several times a week. And so by doing this, people notice me. This is how the head of talent at Michael Kors saw me and sent an email to schedule an “informational Interview,” I thought, for the company to find out more about me, and for me to find out more about the company.

How I ended up getting the job at Michael Kors is quite the story. First, I received an email on LinkedIn, and after emailing back and forth, I went in for what I thought was an informational interview. I brought with me my portfolio that the college required me to put together. It’s a good thing because it turned out not to be an informational interview. It was a job interview, and not just with the head of talent, but with all the managers that would be working in the new store.

I was also under the impression that there would be other potential candidates present, but it was just myself and the four managers. As I didn’t really have too much interest in the job, I decided to use this as an opportunity to practice asking the interviewers questions. While whipping out my two resume formats and my thick portfolio, I impressed the managers and, on top of that, I did not stop asking them questions. I was pretty sure that I wasn’t too likely to get the job as I would be going back to Norway for four weeks the following week, but they still decided to schedule a second interview.

The morning after my long-awaited return to NYC, I interviewed with the Store Director. Unlike the other interview, I was incredibly nervous due to a lack of sleep and having a slight fever. We talked (he talked, I babbled) about how great Norway is for 20 minutes on that Friday, and on Monday I got the phone call—they wanted me to be a part of the team.

It’s hard to express how things are at Michael Kors. I handle a lot of things that I didn’t even know happened in the company—such as “Charge Sends” (customers calling and ordering merchandise over the phone). I’m working with an incredible bunch of people that make me feel happy and like I am part of the team. We all have each other’s back and friendships have really developed. The managers are kind, good listeners and they look out for their teams. They make sure that we’re all on top of everything, that we do things right and also feel appreciated. Now, this is what I call being lucky. 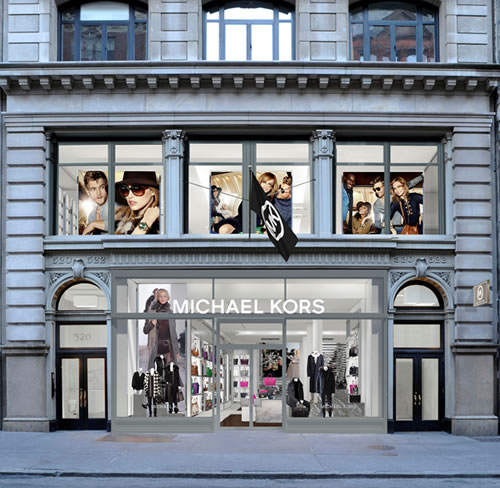