Throughout the summer, the LIM2020 program has been preparing its recent graduates for their careers and how to apply for jobs. Nicole Pizaro is a LIM alumna who spoke at a program meeting on June 17th. She discussed her career journey as a photographer, from her Senior Co-op to her current role as a Senior Photo & Film Producer at Shiseido. 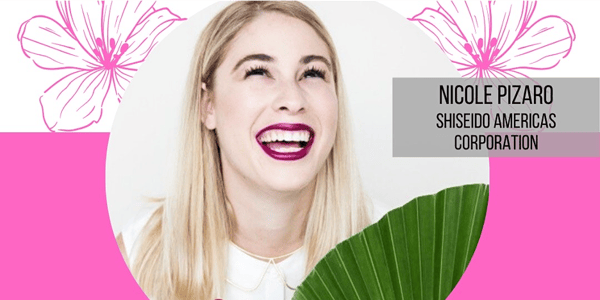 Nicole has been through ups and downs all throughout her career but has settled into her current job, where she loves the atmosphere. A huge downhill experience she discussed was when she was let go from her internship at a popular publication in the middle of her Senior Co-op. Nicole said she knew it was not a good fit, as instead of learning how to book models, she was doing Christmas returns at J.Crew for her director. Her company told her they did not have enough work for her required hours. Nicole was devastated and worried she would not graduate. However, she was able to obtain another internship a week later with ELLE magazine, having met the hiring manager at her first internship. In one of her emails to the director, Nicole mentioned that they had previously met. (If you have a connection for a job, it’s important to note that you have met the person before and try and jog their memory!)

Four months into her internship at ELLE, Nicole was offered a job. Right out of college, she had a position she never would have gotten if she wasn’t let go from her first internship. After working at ELLE, she interviewed at different companies like Kenneth Cole and a production company. Those didn't pan out, however she was able to interview for Teen Vogue and got the job! After two years at Teen Vogue, she was offered a job at Shiseido. Nicole mentioned Teen Vogue was great, but she wanted something new and she loved the atmosphere of Shiseido.

Nicole worked for different companies throughout the start of her career, and she was able to build an extensive portfolio, connections, and cultivate her talents. LIM taught her that no job is too small as long as you love what you do. Nicole noted she loves her work and is challenged everyday.

As a photographer, she needed various skills that she developed through her degree at LIM and her previous roles. Nicole says she has to be, “organized, patient, quick thinking, and familiar with computers and math.” She also stressed the importance of connections in the industry (photographers, model/hair/makeup agents).

As she went through her ups and downs, she learned a lot as a photographer and learned to be resilient. This allowed Nicole to transition to a virtual workspace seamlessly when the COVID-19 pandemic arose. She planned shoots through zoom and locations open to the public, like spots in Miami. She was able to hire teams digitally through social media and Zoom. Nicole suggested the success of the shoots was due to the hard work of the teams she put together and the versatility of the technology.

Nicole finds it very rewarding to finish a shoot and move onto the next one. However, seeing her work as a finished product when she walks into a Sephora or an Ulta is the best reward.

Nicole is incredibly talented and inspiring as she finds joy in what she does and continues to build and grow upon her career skills. LIM graduates can learn from Nicole’s work ethic, her resilience, and her ability to make connections and use them in her career to get jobs or hire teams for shoots. Nicole was a great speaker and resource for LIM students and graduates to learn how to get into their desired career even in tough times like these. 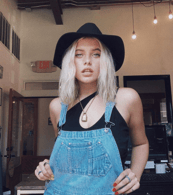 Kally Compton is a sophomore at LIM. In addition to being on the President's List, she works on The Lexington Line, as culture editor and assistant stylist. She is studying Fashion Media and minoring in Society & Culture. She is also a content writer for the LIM News & Events page.