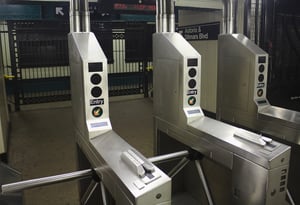 Recently the MTA voted to raise the subway fares again. The fare increase will begin this upcoming March 2017.

For everyone who buys round trip tickets at a cost of $5.50, there is no need to worry. The other option proposed at the vote was to raise the $2.75 one way subway ticket up to $3. This plan was shut down quickly though, so we got a somewhat better deal. However, the monthly subway passes will increase by $4.50 to $121.

What else does this mean for subway prices? Well, we are going to be getting less for our money. For example, right now we are getting an 11 percent bonus when we re-load the same card. This will decrease to 5 percent with the new fare raises.

There was also a plan proposed for low-income riders. Since poverty levels are high, people cannot always afford to pay for the subway every day. There was a plan proposed that suggested half-price metro cards for these riders. Mayor De Blasio said that this was a “noble plan”, however, the city cannot afford it.

Besides the subway, the various railroads in New York are going to increase prices for tickets as well. This March, the railroad prices will increase by four percent. But, there will be higher price hikes for people traveling further distances. Higher prices will further restrict riders in getting to their destinations.

I interviewed a few students who attend LIM to get their opinion on the matter. Nicole Tsavolos, a commuter student and junior at LIM, had to say the following of the new fare increase, “I’m happy that the subway is not going up for me because I can still afford it at $2.75, while $3 is really expensive, especially because there are no visible improvements to the subways.” When asked about the increasing railroad prices Nicole said, “I’m mad it is increasing again. It is already very expensive, especially for students. I think that there should be a student discount.”

Alyssa Punzal, also a junior at LIM, said, “Honestly I am a little annoyed at the fare raise. I think the subway is too unreliable for them to raise the price. There are still so many delays and some stations aren't kept clean or maintained enough. Personally, I use a monthly paid metro card and $121 is kind of expensive now. I know it is just $4.50 extra, but monthly, it can add up!”

As prices continue to rise over the years, what does this mean commuters? I for one, am not looking forward to paying more for the same quality. I may have to start walking to school.